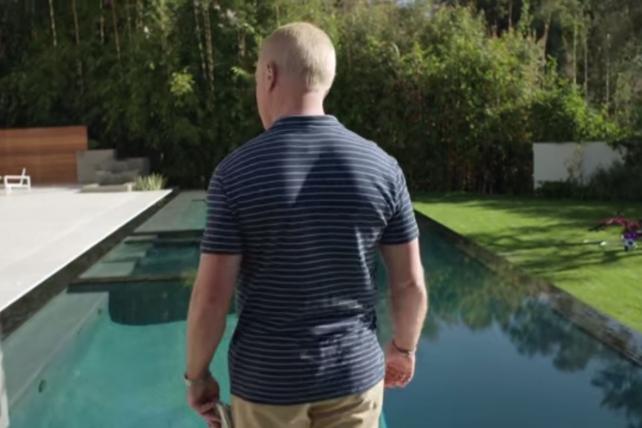 Cadillac has turned its back on Rogue, which created the controversial 'Poolside' ad
Credit:

Interpublic Group of Cos.' decision last week to disband Rogue, the shop it created to work solely for Cadillac, was an unexpected move, but maybe it shouldn't have been. While the agency did create the provocative "Poolside" ad, it and its General Motors client never did seem to come up with a cohesive global campaign.

Interpublic did manage to keep the account, however. Lowe and Partners is now the General Motors' unit's agency of record, with creative coming out of New York; Lowe Campbell Ewald will continue to manage the account in Detroit.

Lowe and Partners was one of the three Interpublic agencies participating in the creation of Rogue when it was first formed last July in the wake of a Cadillac agency review. The other two shops were Campbell-Ewald and Hill Holliday. Hill Holliday took the creative lead, account management was out of Campbell-Ewald, while Lowe focused on digital and global creative efforts.

Around the same time last year, Interpublic merged two of its agency brands, Lowe and Campbell Ewald, and opened an office for the unified shop in New York. More recently, the holding company beefed up the joint agency group's digital offering by acquiring and placing digital agency Profero within the Lowe network.

The only shop that's really losing out on Rogue is Hill Holliday.

Whether the tweak to the group's players and its name will affect change on the creative front is anyone's guess. But for now, it's clear that Interpublic came out on top in its ability to put forth another option after learning that its original relationship with the luxury brand wasn't working.

On Jan. 1, Uwe Ellinghaus joined Global Cadillac as CMO, having previously been exec VP-marketing and sales at Montblanc. In the weeks following his arrival, the agency premiered its "DJ" ad that lived on the Cadillac website. In early February, Rogue released the provocative "Poolside" spot.

The unapologetic spot took a lot of heat, as it presented its own take on the American dream -- work hard for luxury toys -- and became the subject to parody.

In May, Rogue released "Evolution of Indulgence" -- an ode to luxury -- to promote the 2015 Escalade.

Last week -- just one week after Johan De Nysschen assumed the role of President at Cadillac -- Interpublic issued a release announcing an "agency realignment" of its somewhat newly aligned agency to create "more cohesion and alignment of resources supporting Cadillac and its continued elevation globally."

Executives familiar with the matter cited Cadillac's "sharpened strategic focus" as a reason for the new structure and while an official creative pitch did not take place, sources said "branding ideas" were presented. Interpublic Chairman-CEO Michael Roth took ownership of the decision to realign in a statement. "With the counsel and support of Cadillac management, we have recently assessed the state of our offering at this point in the relationship," said Mr. Roth.

More of the agency's work will launch on TV through the end of the year. Cadillac's Lowe and Partners creative should debut in early 2015.