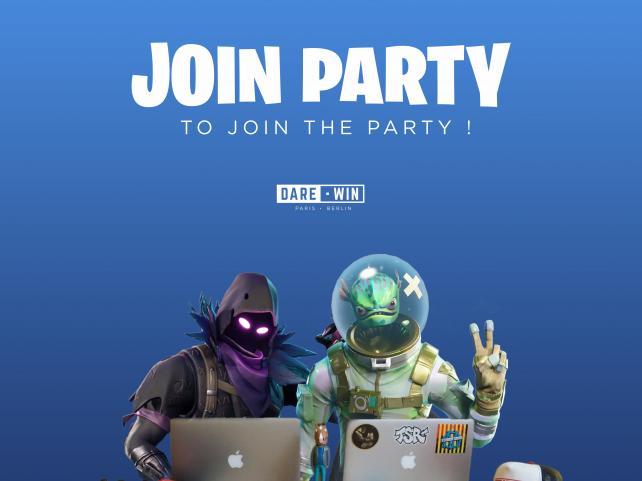 So, what would you say is your biggest weakness?

If "spending too much time playing video games" is your honest answer, there's now a job with your name on it. Dare.Win, an agency with offices in Paris and Berlin, is looking for two creative interns to create experiences for brands like Spotify, PlayStation, Bacardi and YouTube. But to land the gig, applicants will need to ace the interview, held during a friendly game of "Fortnite."

With 125 million players worldwide, according to developer Epic Games, "Fortnite" is one of the most popular games on the planet. The "Battle Royale" version of the game lets players team up to defeat opponents using weapons scavenged in an interactive arena. Voice chat is an integrated feature, allowing players to coordinate tactics—or to review a CV.

"The questions will be mostly job-related, but there will also be questions about entertainment, their hobbies, their life," says Boris Lavergne, an agency creative. "No pressure really. We're here to meet new people and have fun doing it."

If your twitch muscles are too slow to make an impression online, play skills won't actually matter that much in the final evaluation. "We're not pro players ourselves," says Thomas Brouchon, another creative at Dare.Win. "The way someone plays can say a lot about their personality, especially about decision-making and how they deal with problems."

Besides its popularity, the team picked "Fortnite" because it's free to play, so there's little to limit the potential talent pool. It's also a nod to Playstation, a new client for the agency, because applicants will need to add the agency's Playstation Network ID, @DarewinFR, to get an invitation to a game.

Those dead set on applying without actually playing "Fortnite" are in luck. Email [email protected] to get in touch with the creative team for a more standard interview.

One thing they won't budge on: It's not a telecommuting position, so only people willing and able to come into the office in Paris every day for the full six-month internship need apply. "We'd love to meet and welcome some foreign students," Brouchon says. "The more cultural diversity you have, the stronger you get."

While this appears to be the first time official interviews have taken place on "Fortnite," it's certainly not the first interview in history to involve video games. In 2014, Warner Bros. had potential employees interview with a CGI version of Batman nemesis The Joker. The lucky winner ended up getting paid 2,000 euros a month to track down the Dark Knight while playing the "Arkham Origins" video game.

And way back in 2012, BBR Saatchi Israel CEO Yossi Lubaton used his level 60 Barbarian to battle applicants in "Diablo III." The winner received in-game gold and items and got the chance for a true challenge—a face-to-face interview.