Mr. Kelleher perhaps is best known for overseeing Grey's popular DirecTV campaigns, including the award-winning "Cable Effects" effort as well as content-focused projects such as the Manning Brothers' music videos, including "Football on Your Phone" and "Fantasy Football Fantasy," which just launched this week.

Mr. Mackler moves from Figliulo and Partners which was preceded by a four-year tenure at TBWA/Chiat/Day, New York, where he oversaw brands such as Jameson and Skittles. The pair begin their new roles on Wednesday.

Ed Brojerdi, who formerly served as the agency's president and co-CCO, alongside Izzy Debellis, moves up to KBS New York CEO as of September 1, while Mr. Debellis has left the agency to take on a new creative leadership post at a yet-unnamed agency. 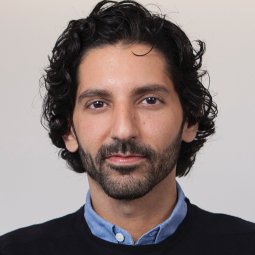 According to Mr. Brojerdi, the new CCOs are poised to bring big-agency and big-brand experience to KBS as it expands business-wise.

"First and foremost, the aspiration was to shoot for creative excellence," said Mr. Brojerdi of the appointments. "These guys have done famous, award-winning work for big brands, and KBS is really poised to take advantage of their skillset and capabilities. They are integrated thinkers and have worked on the biggest of the big, for the Super Bowl, to mobile and experiential."

As for Mr. Brojerdi's new CEO role, he said he'll be focusing on new business and continuing to evolve and integrate the agency's varied capabilities, which range from traditional agency offerings, to what it calls "specialisms" in areas such as technology, social media and more.

KBS recently broadened its responsibilities for clients such as Vanguard, Windstream Communications and BMW -- the latter for which it is now a global AOR -- and in the past year added Simmons Bedding, Harman audio and TE Connectivity. The agency is also looking to grow globally. "We have a great presence in Canada as well, so the push is to expand beyond North America and scale within Europe and Asia," Mr. Brojerdi said.

Former KBS CEO Lori Senecal, who was recently named president and CEO of the MDC Partner Network, said in a statement to Ad Age: "Ed has made an incredible impact on our agency over the last five years, championing our creative vision and inspiring invention across the company and our client's businesses. He was my natural choice for CEO of KBS N.Y. and I know he will continue to implement and inspire a bold, entrepreneurial vision and culture for the agency. His promotion allows me to focus on our global growth, further increasing our presence in China and Europe to better serve the growing global needs of our clients."

Mr. Brojerdi initially started as the agency's chief creative technologist before becoming president and co-CCO and said his move "demonstrates that at heart, we are a creative agency. Great CEOs always need creative solutions for problem-solving. It's the dynamic nature of a creative to be constantly inventing and reinventing. Creatives are people very well-versed in change and adapting to new market conditions, and our industry is radically changing."