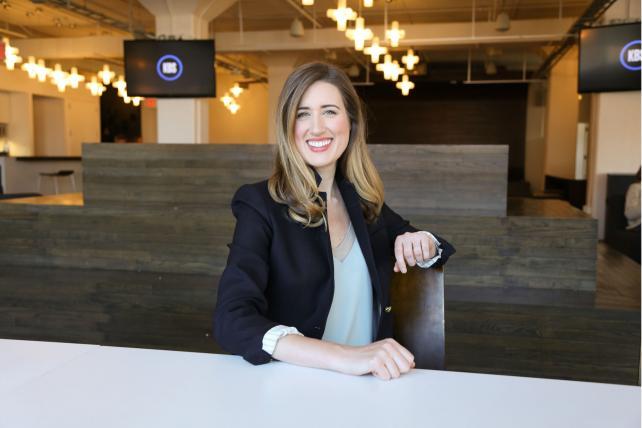 KBS President Katie Klumper is heading to Deloitte's Heat to lead the New York operation, the latest in a string of high-level departures at the MDC shop in the last few months.

Klumper's departure closely follows the exit of Global Strategy Officer Jonah Bloom and Global Chief Technology Officer Matt Powell, the latter of which will officially step down at the year's end. Klumper, who has been with the shop for seven years and started as an account director, says her decision to leave was not affected by these recent exits.

"I knew it was my time," she says. "I wanted to do something different and when I started looking at other agencies and how they operate and it's all the same, but the role of the CMO and the advertising world is changing."

Deloitte Digital and Heat, however, are doing things differently by bringing end-to-end solutions to clients, she says. One of her tasks will be to further integrate Deloitte Digital's expertise of identifying complex business problems with Heat's ability to solve them with storytelling, communications and creativity.

People with knowledge of the matter expect several other senior-level executives to leave KBS in the coming months. The departures also come after KBS waved goodbye to long-time client HomeGoods and before the shop begins a mandatory procurement-led review of BMW's creative business in 2018. KBS lost the social media, CRM and web development responsibilities at the end of last year.

"Katie has had a hugely impactful seven years at KBS. We are one of the few agencies that compete successfully with consultancies so it is no surprise that our talent is attractive to them. We wish her all the best in this next chapter and look forward to announcing her successor soon," says Guy Hayward, global CEO of KBS, in a statement.

Klumper will succeed Tim Maleeny, who left Heat earlier this year to join R/GA. He had previously helped Heat open its New York office in spring 2016.

Klumper will be leading the shop's New York operation from a new office space in Soho that will include a modern showroom, spaces for user experience, user interface, app development and more, accoridng to Heat CEO John Elder.

Elder says Heat needed someone with "experience leading an office from a staffing and talent perspective who is really comfortable dealing with clients."

Klumper, who will report to Elder, will officially come onboard in mid-September. Her title is still being worked out. Heat parent Deloitte, Elder says, is not title-centric because it's focused on "delivering results for clients." In addition to having Deloitte Digital and Heat work more closely together, Klumper is tasked with staffing up the New York office, which has about a dozen people at the moment.

All eyes have been on the big consultancies this year as they continue to encroach on the advertising space, both in media and creative. Four consultancies rank among the world's biggest agency companies in Ad Age's 2017 Agency Report: Accenture Interactive (No. 6), PwC Digital Services (7), IBM iX (8) and Deloitte Digital (9), with combined revenue of $13.2 billion.

Last month, Heat was named the global creative agency for financial services company Manulife, which operates as John Hancock domestically. Interpublic Group's Hill Holliday has previously worked on the in the U.S. for 32 years. Heat also recently won the LG Mobile Handset business and helped launch the G6 in markets around the world.

Klumper says the buzz around Heat is "not just fanfare."

"They've been able to figure out how to bridge these two worlds and have the best talent sitting at the table," she says.

At the moment, Heat has its headquarters in San Francisco and its New York office and it's able to work out of Deloitte's studios in Canada and Asia, but Elder is looking to expand geographically. He says the shop plans to open in the Midwest, most likely Chicago, within the next year.