Kelly Clark, who served as CEO of GroupM in North America from 2012 to 2015, has returned to the WPP media investment company as global chief executive. 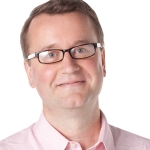 Mr. Clark left GroupM at the end of 2015 to spend more time with his family. GroupM Global President Dominic Proctor is stepping down from his role, but will continue working on strategic projects within WPP, according to a company statement.

"Kelly has demonstrated inspiring leadership at every turn in his career, and he has earned the respect of our clients and our people," said GroupM's Global Chairman Irwin Gotlieb in a statement. He added in the statement that Mr. Clark has a "broad experience in North America, Asia, and Europe and is focused intensely on delivering advantage to our clients."

Mr. Clark, who was one of Ad Age's Media Mavens in 2012, served as worldwide CEO for Maxus from 2008 to 2012. He also previously held the role of GroupM CEO for Europe from 2005 to 2008, and before that, he ran operations for Mindshare U.K. and Mindshare Asia Pacific. Mr. Clark started his career at J. Walter Thompson in New York in 1988.