"The synergies really were not there in the way I think we all had hoped they would be," said Zocalo Group CEO Paul Rand. "In turn, Critical Mass certainly had some social capabilities, but it wasn't their core. They found they were getting more and more requests for social and word-of-mouth and influencer things and turning them down. It became a growth opportunity."

Next month, the Chicago-based shop will move its 50 staffers into Critical Mass' Chicago office in a neighboring building, and eventually expand globally through Critical Mass' offices across regions.

The move is in line with Critical Mass' capability expansion strategy. Omnicom last year increased its digital stake in Critical Mass, a more than 700-person agency that specializes in digital design and marketing. At the time, Critical Mass CEO Dianne Wilkins told Ad Age that the goal will be to expand the shop by "geography, services and capabilities." Unlike Omnicom's other digital agencies, which are part of larger creative agency networks -- Organic lives within BBDO and Tribal is part of DDB, for example -- Critical Mass has operated independently.

"Our mission has always been to design meaningful experiences by relentlessly focusing on the customer," said Ms. Wilkins in a statement. "With Zócalo Group, we are able to augment our capabilities and extend connected customer experiences through social and word-of-mouth marketing." 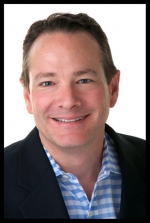 Omnicom acquired Mr. Rand's agency, which was then called Corporate Technology Communications, eight years ago. The holding company added it to the Ketchum network and later rebranded it Zocalo Group. Some 18 months ago, Ketchum asked Mr. Rand to take on a Ketchum Chief Digital Officer role in addition to the Zocalo CEO role, but it turned into "two full-time jobs" and was "too much," said Mr. Rand.

Critical Mass adds not only international capabilities for Zocalo but a full digital suite, including a studio in Costa Rica. While Ketchum is also a global shop, Zocalo had not had the opportunity to expand internationally within Ketchum, said Mr. Rand.

Both Critical Mass and Zocalo have worked together, and will continue to work together, on a number of Omnicom accounts, including Nissan. Mr. Rand said the shops also recently won new business together, but declined to discuss those clients.

For Ketchum, the separation means continued focus on its internal digital capabilities, which include social listening and digital content creation.

"We continue to chart an exciting course through units such as Ketchum Digital," said Ketchum CEO Rob Flaherty in a statement. The size and scope of the PR shop's digital offering, which is its own business unit, isn't clear, but Mr. Flaherty said it's growing at 40%. "We've expanded StoryWorks across all offices in North America and Europe, offering clients a dynamic approach to producing and publishing creative content through social listening."

"This shift makes sense for all three agencies," he added. "Ketchum will continue to meet its clients' digital and social needs through Ketchum Digital and other areas and offerings, and Zocalo Group and Critical Mass will combine their complementary core strengths to best serve their clients."