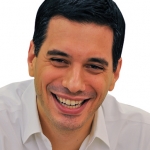 "We were very impressed by the Digitas analytics team, so that was one of the key determining factors," he said. Another was capability for continuing joint business planning that L'Oreal has been doing with major digital media players, a system similar to the sort of annual planning the marketer does with such big customers as Walmart.

L'Oreal's biggest annual joint business plan for digital media is with Google, Mr. Speichert said, and Digitas "has a very privileged relationship with them."

Search wasn't part of the review, Mr. Speichert added, and that account remains with Labelium.

More digital spending
While joint business planning with Google includes talk about media rates in display or video advertising, it doesn't include rates for search, which is bought through Google's bidding process. "But the JBP goes beyond the rate conversation," Mr. Speichert said. "Obviously Google does a lot of beta testing on search, and so we want to make sure we're part of that." He also cited L'Oreal's Destination Beauty channel on YouTube as an example of the sort of initiative that can come from jointly developing business plans with Google or other digital media players.

All portions of L'Oreal's digital media, which include search, account for a budget of over $75 million, according to people familiar with the matter. Mr. Speichert declined to comment on the size of the account, but said L'Oreal, as it carefully monitors returns it gets from various media, has continued to devote more money to digital.

L'Oreal spent only $17 million of its $1.5 billion in measured media on internet display last year, down 31%, according to Kantar Media, but those data don't include such things as video, search, social media and content marketing, all of which have been growing for L'Oreal. Mr. Speichert said digital spending has grown by double-digit percentages annually since he became U.S. CMO in 2010 and doubled overall. And he pointed to the recent rankings by independent consulting firm L2 placing three L'Oreal USA brands as its top three "digital IQ," including Lancome, Kiehl's and L'Oreal Paris.

Best possible solution
Of the shift from Moxie to Digitas, Mr. Speichert said, "We wanted to make sure we had the best possible solution from a Publicis perspective, and the decision was made that Digitas was the frontrunner." A spokeswoman for Moxie didn't immediately return an email for comment, and representatives of WPP and Havas also couldn't immediately be reached for comment.

The media review doesn't affect relationships with digital creative shops that include Interpublic's R/GA on L'Oreal Paris; Publicis Worldwide on Garnier; Code and Theory on Maybelline; and Firstborn on L'Oreal Luxe brands, Mr. Speichert said. Nor does it affect the TV and print media planning and buying agency of record UM.

Working with digital consulting firm Agiliti, L'Oreal "streamlined the RFP and focused on making the best use of the agencies' time," Mr. Speichert said earlier in the review. "Taking a fresh approach to the review process, we spent time getting to know each of them." The review included input from current and former clients of the agencies involved.

"We are committed to bringing the best thinking and digitally-inspired ideas that can scale for and across [L'Oreal's] brands, and their valued consumers," said Baba Shetty, chief strategy and media officer of DigitasLBi, North America, in a statement.