Role Was Vacant Since Susan Credle's Departure in June
READ THIS NEXT
Uncomfortable Conversations: How one DE&I consultant is pushing agency CEOs for real change 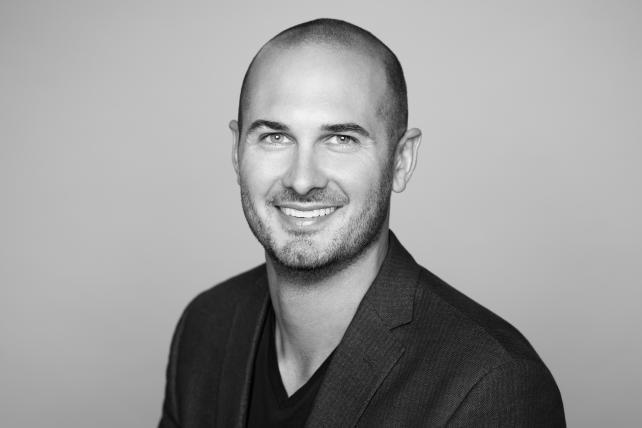 Leo Burnett has filled its U.S. chief creative officer that had been vacant since Susan Credle left in June.

The Publicis Groupe agency is filling the position internally, promoting Exec VP-Exec Creative Director Britt Nolan to the role. Mr. Nolan has been something of a rising star at the agency, most recently as creative lead on MCDonald's and Samsung. But he's also known for his work on Allstate's 2015 "Social Savvy Burglar" (in fact, Mr. Nolan is part of the original team that created Mayhem) and recent work for the Art Institute of Chicago, in which the museum and Airbnb rented out a replica of Vincent Van Gogh's "Bedroom."

Rich Stoddart, Leo Burnett Worldwide CEO, said that the agency tried to not do what a lot of agencies do, which is to quickly try and fill the position. He said the agency looked both internally and externally and Mr. Nolan was always on the list of candidates.

"Often when you want to fill the job, sometimes the knee-jerk reaction is to look outside to find someone. But you're not doing your own talent a service if you don't look inside," said Mr. Stoddart. He added that Mr. Nolan is an integrated thinker who has been able to build collaborative teams that beak out of traditional agency roles. "He embodies what the modern creative looks like."

Leo Burnett has had a number of senior executive changes recently. Ms. Credle left in June 2015 to be global chief creative officer at Interpublic's FCB. Mr. Stoddart, who had been North American CEO, in January was named worldwide CEO, succeeding Tom Bernardin, though Mr. Bernardin will stay on as chairman through mid 2017. The agency also named Marcello Magalhaes its new U.S. chief strategy officer, succeeding Mick McCabe, who went on to be global chief strategy officer at Publicis Worldwide.

"Britt is a new breed -- a modern, integrated thinker -- and a prolific creative talent. Over the years he has produced mold-breaking work for major brands," said Publicis Creative Chairman and Leo Burnett Global Chief Creative Officer Mark Tutssel in a statement. "He's a natural leader, a team builder and passionately believes in a 'maker culture.' I look forward to seeing the influence he'll have in Chicago."

"One of Leo Burnett's great strengths is that we have the firepower and diversity of talent to make anything you can imagine. When we're nimble, open-minded, and collaborative, we're the best in the world," said Mr. Nolan in a statement. "I'm incredibly excited for this opportunity to shape the future of Leo Burnett, to collaborate with some of the most talented and creative people in the business, and to make awesome things happen for our clients."

Mr. Nolan joined Leo Burnett in 2009 as a creative director, and has risen through the ranks, being the creative lead on Allstate, Firestone, Kellogg's and the Art Institute of Chicago. He also had stints at DDB, BBDO and other agencies.