READ THIS NEXT
Uncomfortable Conversations: How one DE&I consultant is pushing agency CEOs for real change 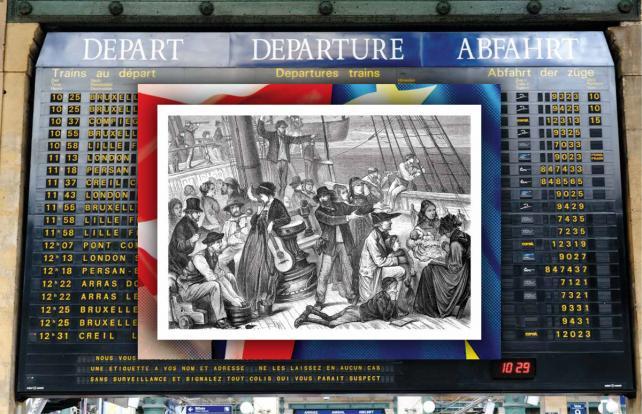 There is a huge client in dire need of marketing in the U.K., and the stakes couldn't be higher for advertisers. That's because the brand most in need of a good solid pitch is U.K. advertising itself.

Britain officially voted to leave the European Union on June 23, 2016. Since the Brexit vote, the pound has collapsed, inflation has shot up, and a new prime minister has taken office. But as the country negotiates its March 2019 departure from the EU, the true consequences of Brexit are still unknown despite much speculation and controversy.

As one ad exec says, "We've jumped out of the 54th floor and we've gone past the 32nd, but we've not hit the ground yet."

Now George Osborne, a former chancellor and editor of the Evening Standard, is urging the industry to get a net.

"Advertising is an incredibly important industry," he said at an Advertising Association event in July. "You shouldn't be shy about making your voice heard."

Toward that end, the association has hired Adam Gagen, a lobbyist with experience in EU and U.K. government affairs, and started both a Brexit Task Force to set priorities for the industry and a Global Hub to promote the U.K. abroad. Atop the list of the industry's concerns: the tightening of the free flow of workers across European borders, and a diminishing of the U.K.'s reputation as a creative and business hub. 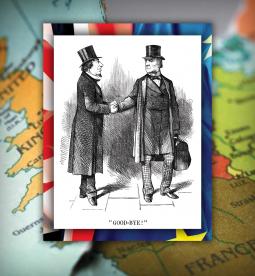 "Brexit threatens to diminish the U.K.'s international standing, and arguably has done so already," says WPP CEO Martin Sorrell, who has been an outspoken critic of Brexit. "One of the reasons we have doubled down on investment in western continental Europe is to maintain our influence in critical markets such as Germany, France, Italy and Spain—four of our top 10 markets worldwide—and Brussels, where our international competitors are already seeking to use Brexit against us."

About those high stakes

Britain's place as an English-speaking country at the center of global time zones has historically helped the relatively small country punch above its weight in everything from creating international ad campaigns to attracting tech giants. Facebook's London headquarters has 1,500 people, and Google's has 3,000. Amazon is moving into a 15-floor office building next year, and Snap is making London its international base.

But Brexit will keep workers from easily crossing borders. This potential block on talent is a top concern for the creative industries.

"We have staff who move between London, Berlin, Madrid and Prague. ... Any restriction on that will stop us conducting business in the way we want to and limit the opportunities for our people," says Adrian Coleman, founder and global CEO of London-based agency VCCP.

"Clients want a collective view on Europe that takes in local, cultural nuances. Anything that pulls up the drawbridge is bad news," he says.

Already the drawbridge is ticking upward, though. EasyJet is moving its London headquarters to Vienna. And banks including Citigroup and Bank of America are shifting jobs from London to Dublin.

With its hire of lobbyist Gagen, the Advertising Association hopes to stanch some of the bleeding.

"The government is consulting extensively with industry. They've made a huge effort since the referendum to consult, to understand and to get insight into what we want and need on a practical level," says Stephen Woodford, CEO of the Advertising Association. "We make our point as often and as loudly as we can and we have a sympathetic hearing every time."

Indeed, at the Cannes Lions International Festival of Creativity this year, the U.K.'s governmental Department for International Trade worked with Engine Group on a digital billboard to fly the flag for British creative talent. It featured a British lion roaring every time the U.K. won an award, and put the winners' names in lights. Advertising is also a key part of the department's "Britain Is Great" campaign, which promotes the U.K. abroad.

"We need to remind people how great we are, and combat the idea that London might no longer be the center for European advertising activities," says Paul Bainsfair, director general of the Institute of Practitioners in Advertising, who worked with the department on the campaign. "We've left the EU, not Europe."

Marketers are frustrated, though, as there is not a clear roadmap for what comes next with Brexit.

"There is not much concrete we can do to help our members," says Phil Smith, director general of the Incorporated Society of British Advertisers. He points to the impact of post-Brexit inflation on the retail and packaged-goods sectors, which have already cut marketing budgets.

In the meantime, Brits will do what they've always done: Keep calm and carry on. "The best thing we can do is be a true partner to our clients and to help them plan," says Debbie Klein, CEO of Engine Group Europe and Asia. "We still have to persuade consumers to choose one brand over another, regardless of Brexit."