M&A in Adland: One Big Deal. Scores of Smaller Deals

Lots of Buying (and Some Selling) at Agency Companies
READ THIS NEXT
The Kraken rum hires Eleven as AOR after ‘creative sprint’
Maurice Levy & John Wren
Credit: Bloomberg

The proposed merger of Publicis Groupe and Omnicom Group -- with a combined market cap of $37 billion and 2013 revenue of nearly $24 billion -- would be by far the biggest agency deal in history, surpassing Dentsu Inc.'s $4.9 billion acquisition of Aegis Group (2013) and WPP's $4.7 billion purchase of Young & Rubicam (2000).

Agency Report's rankings flag Publicis and Omnicom agencies with a triangle to show the potential reach of Publicis Omnicom Group, but the "merger of equals" announced last July is not a done deal. While the companies originally expected to complete the merger in fourth-quarter 2013 or first-quarter 2014, the deal still needs regulatory approval in China and agreement on tax issues in France, the U.K. and the Netherlands.

This article is in the latest issue of Ad Age 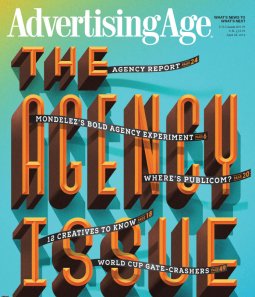 Publicis Chairman-CEO Maurice Levy told analysts April 17: "I have to say again and again and again that I'm confident that the deal will go through." But Omnicom President-CEO John Wren said on an April 22 earnings call: "Given the proposed merger's complexity and open issues, at this point it's not practical to predict exactly when the transaction will close."

Buying and selling
Publicis Omnicom Group would be the big deal, but agency companies over the past year have done other buying -- and selling. Among the deals: