What to Make of Elliott Management's IPG Investment

Activist Investor Agitating for Sale Is New to Agency Space
READ THIS NEXT
Cannes plans may change: Hybrid virtual and in-person event under discussion

Activist investor Elliott Management Corp. is pressing Interpublic Group of Cos. to put out the for-sale sign, with hopes the agency company will get a deal done as early as this summer or fall.

So how probable is that? Not much more likely than it was in late May when rumors began circulating that Elliott had taken a large position in IPG, according to the market's reaction: The company's stock has risen less than 3% since Elliott disclosed its interest in Interpublic last week, one indication investors didn't glean information from the disclosure and subsequent reports about Elliott's intentions that would cause them to significantly change positions.

To be sure, Elliott's disclosure wasn't a big surprise. There were market rumors starting in mid-May that someone was buying up shares amid high trading volume. On May 29, CNBC reported that Elliott could be accumulating Interpublic stock. Shares at closing July 28 were about 15% above their mid-May level; the S&P 500 index over that time rose about 6%. Indeed, an analyst's report from Citigroup July 28 argued that Interpublic's current stock price already reflects some merger-and-acquisition premium, reducing the potential upside if Interpublic were to be sold. Citigroup estimates Interpublic's value in a takeover at about $22 a share.

Elliott, a hedge-fund venture run by billionaire investor Paul Elliott Singer, on July 24 disclosed it had amassed the equivalent of a 6.7% stake in the world's fourth-largest agency company through shares and options. The firm said it is seeking "constructive dialogue" with Interpublic's board on "steps to maximize shareholder value."

Interpublic last week released this statement: "We have strong, positive relations with the investment community. As such, we meet with shareholders regularly and are open to engaging in dialogue with Elliott Management to assess their perspectives. Above all, we remain focused on adding value to our clients and further enhancing shareholder value."

Elliott's thesis is straightforward, according to people familiar with its thinking.

First, Elliott believes Interpublic owns a collection of quality strategic and historic assets. "McCann is at the top of its industry in reputation" and global strength, Interpublic's "independent" agencies -- those not aligned with global networks -- are widely known, and fast-growing digital network R/GA "wins accolades," said one of the people familiar with the situation.

Third, Elliott contends Interpublic has a legacy of underperforming its peers under Chairman-CEO Michael Roth, 68, who became CEO in 2005. Elliott's conclusion is that "IPG has not been managed to its potential," said a person familiar with Elliott's point of view.

Elliott's solution: Interpublic should "proactively reach out to the potential acquirers," according to this person. "Interpublic knows who the buyers are. They can place five, seven calls, and they can gauge interest very quickly."

"It's time for Interpublic to be consolidated," said another individual familiar with the Elliott point of view.

Roth's strong leadership
Interpublic points to actions taken under Mr. Roth's leadership, including new management at its global networks, account wins, a stronger balance sheet, improved financial controls, reinstatement of dividends and implementation of a share repurchase program. Interpublic said it returned $1.6 billion to shareholders through dividends and share buybacks from 2011 through 2013. (Citigroup's July 28 report said: "IPG's multi-year turnaround has been impressive. Under the leadership of CEO Michael Roth, IPG has improved significantly.") 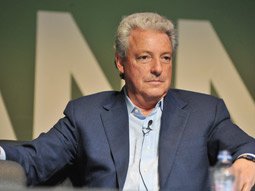 A sale of Interpublic would displace Aegis as the biggest agency deal in history. Interpublic has a market cap of about $8.5 billion and an enterprise value (factoring in market cap, debt and cash) of about $9.6 billion.

Interpublic shares have come a long way from the dark recession days of late 2008, when the stock dipped below $3. But while shares of WPP and Publicis this year hit all-time highs and Omnicom's stock scored its highest adjusted closing price ever, Interpublic's stock remains far off its 1999 all-time peak ($58.38).

Potential partners
There's been long-standing industry speculation about a deal for Interpublic, which has been leapfrogged by its rivals as the industry consolidates. Interpublic, the original major agency holding company, ranked as the world's largest agency firm as recently as 2000. It now ranks No. 4, behind WPP, Omnicom and Publicis and ahead of Dentsu Inc. and Havas.

Elliott believes Interpublic's big industry peers are the most likely potential buyers. There was speculation about a Publicis/Interpublic combination before Publicis and Omnicom announced their plan to merge.

Elliott's view is that the failure of the Publicis/Omnicom merger created an industry reset back to 2013, setting the stage for another deal.

Industry watchers say a combination of Interpublic and Japan's Dentsu Inc. could create a strong new No. 3 player. WPP, Omnicom, Publicis and Havas also are seen as theoretical buyers of Interpublic in whole or parts.

A spokesman for Dentsu Inc. said: "It is company policy not to make any comments on rumors or speculation." An Omnicom spokeswoman said: "We don't comment on rumors and speculation." Representatives of WPP and Publicis declined to comment. Efforts to reach a Havas spokeswoman for comment were not successful before this story was published.

Non-agency buyers?
Elliott views other players, such as information-technology companies and consulting firms, as possible but less likely buyers, according to one of the individuals familiar with the situation. Firms such as IBM Corp., Accenture, Deloitte and PwC have moved into the digital-marketing space in recent years.

Elliott believes a deal could be done "in the very near term," possibly as early as this summer or fall, said an individual familiar with the matter.

In the event a sale doesn't happen, Elliott hopes to meet with Interpublic to discuss other ways the company could improve operations and increase shareholder value, according to people familiar with the situation.

Mr. Roth has sold a company before: financial firm MONY Group. As chairman-CEO, he took MONY public in 1998 and made acquisitions, but MONY still lacked the scale of rivals. In 2003, MONY announced a deal to be acquired by France's AXA for about $1.5 billion. Several of MONY's biggest shareholders protested, saying the offer -- 32% above the IPO price -- undervalued MONY and that management was motivated by a rich golden parachute. The deal squeaked by, getting approved by a slim majority -- 53.4% -- of shareholders.

AXA completed the deal July 8, 2004. Five days later, Mr. Roth became chairman of Interpublic, where he had served as a director since early 2002. Interpublic named Mr. Roth CEO in January 2005.

No plan yet
So what's Elliott's specific plan? Officially, there isn't one yet, according to Elliott's Securities and Exchange Commission filing.

The disclosure continued: "[Elliott] may take positions or make proposals with respect to potential changes in the operations, management … Board of Directors composition, ownership, capital or corporate structure, dividend policy, strategy and plans of [Interpublic] as a means of enhancing shareholder value or may change their intention with respect to any and all matters."

Elliott informed Mr. Roth of Elliott's investment early July 24 just before making the filing. Mr. Roth was in a previously scheduled board meeting at that time, and the board discussed the development during the meeting.

Elliott began doing deep research on Interpublic nearly a year ago, around the time Publicis and Omnicom announced their planned merger. Elliott hired former agency executives who had worked at various levels including CEO at agencies owned by Interpublic and other firms, according to an individual familiar with the situation. Elliott also hired a consulting firm to offer advice on how to improve Interpublic's operations.

New to agency space
Elliott quietly began buying Interpublic stock about four or five months ago only after it had completed the analysis and concluded there was an opportunity, the individual said. Elliott was required to disclose its holding last week because it had passed the 5% ownership mark.

The investment firm is new to the agency space, but it has taken stakes in and advocated for change at numerous companies across industries. Elliott operates two hedge funds with a total of more than $24 billion of assets under management. Mr. Singer, 69, founded its flagship fund, Elliott Associates, in 1977.

Elliott has made investments in many technology companies. Recent "campaigns" of its "equity activism" team have included data-storage firm EMC Corp. (where Elliott currently is said to be pressing for spinoff of a key unit); networking tech firm Riverbed Technology (where Elliott has made a takeover offer); networking equipment maker Juniper Networks (where Elliott this year successfully lobbied for strategic changes); and business-software firm BMC Software (which went private last year after Elliott pushed for change including a possible sale).

Elliott has targeted firms in other industries over the years including energy (oil firm Hess Corp., which last year added Elliott nominees to its board and this year sold numerous non-core assets including its gas stations) and casinos (Boyd Gaming, where Elliott revealed a stake earlier this year).

Among other far-flung investments, Elliott owns Argentine government debt that it began acquiring years ago before the country's 2001 debt default. Elliott for years has tried to collect on those debts. The firm in 2012 drew attention after getting a Ghana court ruling to effectively seize an Argentine navy ship and impound it until Argentina paid up. A United Nations court later in 2012 ordered that the ship be released. Argentina continues to battle Elliott and other debt holders over terms for repayment of debts.