Want More Out of Your Agencies? Write Better Briefs

NEW YORK (AdAge.com) -- Marketers trying to wring the most out of their ad budgets will find massive waste in a place they might not think to look: their own request-for-proposal and briefing process to agencies. 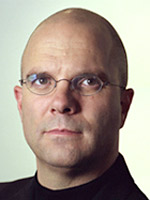 That's the sobering takeaway from a survey last month of more than 250 senior executives at a variety of top marketing agencies. Agency executives reported that at least 30% of their staffs' time is ineffective or wasted due to poor communication from their clients. For large marketers, that could mean millions of dollars in needless agency fees and misguided ad campaigns.

It's an insight also gleaned from the experience of the person who commissioned survey: Casey Jones, former VP-global marketing at Dell, who now runs Jones & Bonevac, a marketing consultancy that counts among its clients Microsoft and Walmart. Mr. Jones left Dell in late 2008 after an eventful two-year tenure in which he drove the creation of Enfatico, an agency intended to be a stand-alone Dell shop that became the target of widespread industry criticism. Enfatico was folded into WPP's Y&R Brands division this year.

Mr. Jones said his firm's first study was spurred by observations from his time at the computer maker. "A lack of commitment to tight and coherent input to the agency was a major contributing factor to the struggles between Dell and WPP," he said, adding that that some of his marketing peers at Dell assumed having a single agency partner made it less important to provide formal instruction to the agency.

The study was fielded by Emeryville, Calif.-based Greenberg Brand Strategy, and included feedback from shop such as JWT, Razorfish, Crispin Porter & Bogusky, Martin Agency, MediaVest, BBDO, Publicis, Deutsch, Carat, Interbrand and Wunderman. More than half (54%) of respondents said fewer than 40% of client briefs give them clear indication of what's expected from their agencies. Of that number, 30% said only 1% to 10% of briefs provide clear performance expectations.

Where agencies ranked the quality of client input highest was in identifying budget parameters and communicating the desired image and brand positioning. Client briefs were ranked poorest when it came to providing competitive information and describing how a client's offering ranked in the competitive landscape.

The changes might have something to do with agencies' belief that there are too many cooks stirring the marketing pot. They said ideally fewer than three client decision makers should provide an agency with direction during the course of a project, compared with a current average of more than five.

Without clear direction, many agencies say they wind up devising much of their clients' briefs themselves. Wrote one agency exec who responded to the survey: "The client rarely has a fleshed-out brief when we first begin to discuss a project. At [name withheld] the routine has been for the agency to actually write the client input or project input brief for them. I am not kidding!"

According to Mr. Jones, agencies' view that clients provide them with inadequate success metrics could lead to lackluster work and questionable payment practices -- particularly as giant marketers such as Procter & Gamble and Coca-Cola lead the way to performance-based compensation agreements. "How can the corporation fairly compensate an agency for the impact of work on an assignment for which they were poorly briefed?" he asked.