Who Was Mather? Meet the Lesser-Known Men Behind Famous Agency Names

There's a funny thing about the names of ad agencies. They can grant a kind of immortality even if the name on the door didn't have all that much to do with what made them famous.

Take Charles Crispin. His family name is on the door at Crispin Porter & Bogusky, probably the most talked-about agency of the 21st century. Thing is, there were seven years left in the 20th century when Mr. Crispin left the company his father Sam founded back in 1965. Charles was out of there before that iconic Ikea work that won Cannes, before the Subservient Chicken and before a killer new-business run that turned the Florida shop into a global player.

We caught up with Mr. Crispin over LinkedIn, where he said it isn't weird at all to be a familiar name in a business he left 20 years ago.

"In fact, it is an absolute honor," he wrote. "After I left, I was sort of pleased that they did not grow the first year or two after ... then went to the moon, orbited it a few times and simply launched out into the universe, where they continue to this day. The agency has had remarkable success, and not only I, but my father is also very proud of it."

Mr. Crispin said he left the ad business "to find a life." First, there was fishing and the Bahamas, then ... work. "All I ended up doing was trade one 60-hour-a-week job for another." He jumped into the insurance business, building and selling Evergreen Re, an HMO reinsurer, to Brown & Brown in 2008. Mr. Crispin still works at Brown & Brown and also runs a cow and calf ranch in Florida with a herd of about 100 cattle.

Charles and his father may be the greatest of the lesser-knowns, those names that hang on the door and roll off the tongue.

Read on for three more. 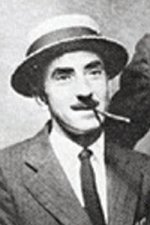 While we don't want to call John Orr Young unimportant, let's just say that a not-insignificant part of his Times obituary is about how he used his briefcase as a table propped on his knees to write his 1949 book "Adventures in Advertising." What else was there to say? He wasn't all that long for Young & Rubicam after founding it, leaving Raymond Rubicam to build the crazily innovative Madison Avenue giant. Following the book's publication and the 11-person party that took place on the commuter train on which he largely wrote it, a fact also pointed out in the obit, Young was probably best known for really, really, really wanting Dwight D. Eisenhower to run for president. He even took out some ads for Ike. And you know what? They worked.

Edmund Mather is as much a mystery as the ever-quotable and relevant David Ogilvy is familiar. Though "Who Was Mather?" acts as a chapter title in Ken Roman's Ogilvy biography, little light is shed on the man who at age 27 opened a Fleet Street ad shop in 1850. In 1935, Francis Ogilvy hired his younger brother for nine bucks a week at Mather & Crowther and the rest is history. The Mather name survives to this day, but make no mistake: Plenty of thought has been given to ditching it. "It is a terrible mistake to change a company's name," David Ogilvy said in the 1980s, according to Mr. Roman's informative book. "But if you do change it, you don't need the Mather." 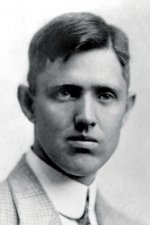 Frank J. Campbell and Henry Ewald joined forces in 1911 but by 1917, two years before Chevrolet parked its account at the agency, Campbell was gone. He had sold his shares and peaced-out to war-torn France to work at a YMCA canteen. While Campbell still had his name on the door -- and it came first! -- Ewald was left to build the business, turning it into one of the biggest agencies around. Meanwhile, Campbell, a vet of the Spanish-American War, became a real-life prototype for the Most Interesting Man in the World, quite literally defying death. He survived a mustard gas attack. He was selected to hang a man for treason in World War II. He handled live rattlesnakes. Even his death was awesome: He was crushed by a 2,000-pound boulder while searching for agate rocks in Oregon at age 72. He basically did everything -- everything except run the ad agency with his name on it.

Matt Creamer
View all articles by this author