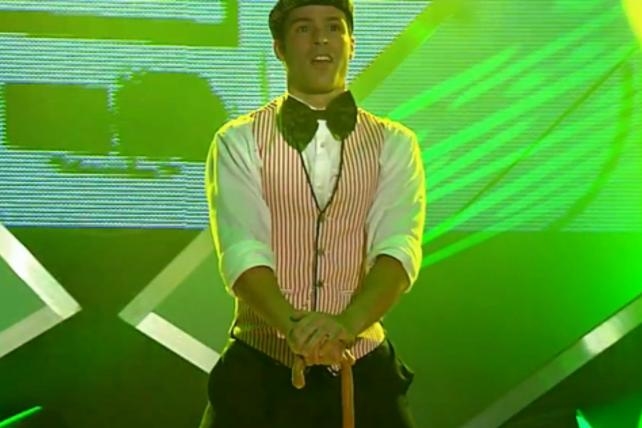 'Dance Hit,' a faux game show in a McGarryBowen ad for Sears
Credit:

The shop has been working on the Sears brand since it won the account in 2011.

The split comes as the retailer is in the midst of a massive holding-company level procurement-led consolidation that began in November. The review has been delayed, according to people familiar with it, with no requests for proposal being distributed yet. These people said that the company has been meeting with all the major ad agency holding companies and still plans to send RFPs to those it wants to go to the next step. The review is slated to be completed in May.

McGarryBowen, part of Dentsu Aegis, was in the running in the review, but chose to resign the account, according to people familiar with the matter. In an internal memo sent to the shop's employees, co-founder Gordon Bowen said that he and the agency's leadership had decided to part ways with Sears.

Sears has long been described as a demanding client. In 2011, when it was reviewing the Sears brand business that McGarryBowen ultimately won, it upset many agencies when it said that it would own the ideas that agencies pitched. Other people familiar with the marketer have said that the company over years has continued to cut its agency fees.

The agency confirmed that it resigned the account, but declined to elaborate. Representatives for Sears did not have immediate comment. [UPDATE: Bill Kiss, VP-chief digital marketing officer at Sears Holdings, said in a statement that the company thanked McGarryBowen for its work. "Our multifaceted process continues and we are confident we will ultimately select the right agency to support our continued transformation," he said. "In the interim, we will work with our incumbent agencies to pick up the Sears brand work."]

On the marketing front, several senior-level executives have left the company, according to people familiar with the business. Imran Jooma, the company's exec VP and president of marketing, online and financial services, said in December that he was leaving the company.

Sears Holdings has been struggling lately, losing money for 10 straight quarters, closing stores and most recently, laying off about 115 people in corporate earlier this month in an effort to reduce expenses. Sears will report earnings on Thursday.

In March 2014, Havas in Chicago picked up the creative work for Craftsman, Die Hard and Kenmore. Media is handled by Havas, and Interublic's FCB handles creative for Kmart.