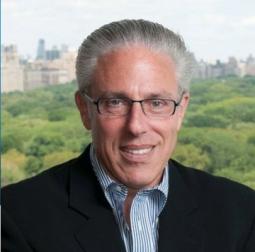 For the quarter, revenue was up 5.6%, and organic revenue increased 7.2% compared to the same period last year. The company's net loss in the quarter improved slightly to a negative $26.2 million.

"Our results are proof that our business model continues to be unique in the market, and that our partners are delivering some of the most inventive and effective work for their clients," said CEO Scott Kauffman, who took over as CEO amid corporate drama, including an ongoing SEC investigation. "Our outlook for the year ahead is bullish. We have an active pipeline of new business and we are executing well on our plans to extend our international reach, to build our differentiated and modern media buying and planning platform, and to augment our capabilities through deliberate and strategic M&A. The future of MDC Partners has never been brighter."

MDC presented its growth and strategy for its media buying operation, which is building a central technology group. "We continue to build our media business, which grew double digits in 2015 and is now over 10% of revenue, up from just 4% four years ago," Mr. Kauffman said during the earnings call. "Our strategy to build a centralized technology and data-centric media agency at MDC Media Partners sets us up to more effectively compete for the next wave of media reviews."

MDC revamped its media operation a couple years ago, naming Martin Cass CEO of a new network called MDC Media Partners. The network included a new shop called Assembly – the product of a consolidated RJ Palmer and Targetcast – as well as Doner Media and digital group Varick, among others.

Net new business across the group, totaling $117 million, was also strong for the year, the company said. Wins include New York Life, Hershey and American Airlines, among others. More recently, this quarter, the holding company has added Monster Worldwide, Vera Bradley, Four Seasons Hotels and Polycom.

MDC expects that kind of momentum to continue in 2016, contributing to what it's predicting will be an increase in revenue of 6.3% to 8.6% and over 100 basis points of margin expansion, said Chief Financial Officer David Doft.

That's a positive outlook after a cloudy year, especially as an SEC investigation still looms.

The company in July announced that Miles Nadal would step down as CEO of MDC Partners and as chairman of the board of directors, and that Mr. Kauffman, who had served as presiding director on the company's board of directors, would replace him. The departure came amid an SEC investigation, beginning in October, into MDC's accounting practices, trading information and Mr. Nadal's expenses. In May, the company said Mr. Nadal would pay back his employer $8.6 million.