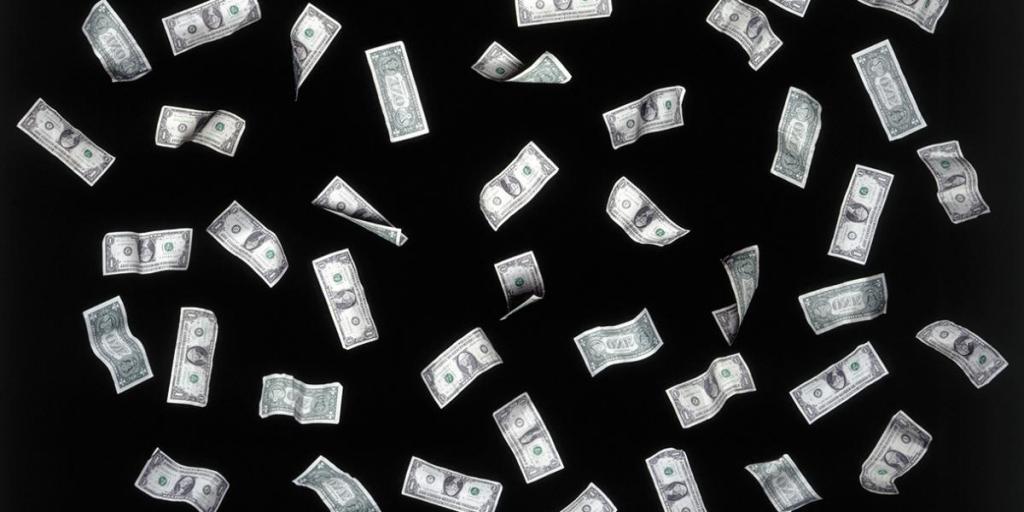 Kickback payments tied to U.S. media-agency deals are real and on the rise, according to Ad Age interviews with more than a dozen current and former media-agency executives, marketers' auditors, media sellers and ad-tech vendors who said they'd either participated in such arrangements or had seen evidence of them. The murky practice -- sometimes disguised as (undisclosed) "rebates" or bills for bogus services -- is being motivated by shrinking agency fees and fueled by an increasingly convoluted and global digital marketplace. "It's really ugly and crooked," said one ad-tech executive who described receiving such requests.

Some arrangements go like this: A large media shop, poised to spend $1 million with that ad-tech executive's firm to buy digital ads last year, asked for $200,000 to be routed back to the agency's corporate sibling in Europe. The $200,000 would pay for a presentation or presentations by the sibling's consultants. But these types of presentations aren't worth a fraction of the price tag, according to numerous executives dealing with the same issue, who spoke on condition of anonymity for fear of losing business.

"It's positioned as if this affiliate is going to do 'media planning' or 'media optimization,' but they do nothing and one never hears from them again," the ad-tech executive said. "They just receive the check." Another vendor said the same media shop asked something similar of him.

Media agencies say kickbacks don't happen in the U.S., that they pass any discounts or rebates they get back to their clients. But four executives who spoke with Ad Age said they left their companies, both media shops and vendors, because they found themselves doing deals where hidden incentives distorted marketers' plans or abused their budgets.

"It's the reason I left," said a former U.S. media-agency executive. "Different people have a different acceptance of grey."

Marketers and consultants spend a great deal of time negotiating final compensation with media agencies, said Greg Paull, principal at R3, a marketing services consultancy that audits agencies on behalf of advertisers. "It's always disappointing when we learn that there are '50 Shades of Grey' between these fees and the agencies' final revenue," he said.

U.S.-based marketers are being kept out of the loop about billions of dollars that agencies make back from deals on clients' behalf, according to industry executives, whether in the form of opaque markups, kickbacks or undisclosed rebates. One agency executive estimates that undisclosed rebates account for about 5% of media-agency networks' total global revenue, while other ex-agency employees put the proportion higher.

Agency kickbacks have been rumored in the U.S. for years. And the practice of agencies pocketing rebates is widespread abroad, where marketers often accept it as a way for agencies to get extra compensation.

What is new, however, are the convoluted ways agencies now do business in the digital space to combat shrinking fees. Through complicated digital-media buying processes that are increasingly global in nature, agency groups have been able to get more creative.

Earlier this month, former Mediacom CEO Jon Mandel put the issue at the fore with a fire-starter of a presentation to marketers in which he accused media agencies of failing their fiduciary duty to clients. "They are not transparent about their actions," Mr. Mandel said at the Association of National Advertisers Media Leadership Conference in Hollywood, Fla., on March 5. "They recommend or implement media that is off-strategy or off-target if it works for their financial gain."

In a subsequent interview with Ad Age, he said deals he considered kickbacks were totaling on the high end of nine figures -- hundreds of millions of dollars -- basing the estimate on what media sellers and tech vendors have said the practice is costing them.

Media agencies dispute the allegations, certainly as far as their own operations go.

"In the U.S., rebates or other forms of hidden revenue are not part of GroupM's trading relationships with vendors," Rob Norman, chief digital officer at WPP's GroupM, said in a statement a few days after Mr. Mandel's presentation. "GroupM and its agencies have not sought nor received any rebates from U.S. media vendors or other parties with whom we do business on behalf of our clients. In other markets around the world, rebates are sometimes part of the buy-sell relationship between agency and vendor. GroupM returns those rebates to advertisers in compliance with and as required by our client contracts."

But executives doing business with media agencies and others familiar with the industry said Mr. Mandel was onto something. "There's evidence of these things going on in the U.S. market," said Vivek Radia, North America VP-managing director at Firm Decisions, an auditing subsidiary of consulting firm Ebiquity. "Digital is geographically agnostic, so it's easier to trade on a global scale."

If a media agency buys media in Iowa, for example, it doesn't have to say that it took a rebate elsewhere from the global media seller involved, Mr. Radia said. Marketers' contracts with media agencies usually allow them to audit the agency itself, not offshore affiliates or the parent company. "It's beyond the scope of most contracts to capture those rebates," said Mr. Radia.

Joe Weaver, an agency veteran who runs a firm called Promatica Consulting and previously held roles at Omnicom Group and WPP's Mindshare, responded to Mr. Mandel's talk with an opinion piece about rebates that he posted on LinkedIn. A few days later, he said, he was contacted by an attorney "representing a large marketing services firm" demanding that he take down the post.

While Mr. Weaver said he isn't interested in getting tangled up in a lawsuit, he also doesn't want to be "bullied."

The ANA tried to smooth things over with agencies less than a week after Mr. Mandel's speech. "While the ANA cannot specifically identify the breadth and scope of such practices, we regret any impression that agencies in general are engaged in questionable activities and apologize to those who were offended," the group said in a statement.

Some agency executives, meanwhile, told Ad Age that they should be able to make money as long as they are meeting client goals, citing the pressure on their traditional fees.

One marketer who oversees his agency relationship said fees have come down to below 4% from 15% over the years. They were once much higher because media duties were bundled in with creative and production duties, and those businesses are more labor-intensive, he said.

Mr. Mandel also cited falling fees, but as circumstantial evidence of a problem. "Have you ever wondered why fees to agencies have gone down and yet the declared profits to these agencies are up?" he said during his ANA presentation. Advertising spending broadly has long stayed within a narrow band of 1% to 1.25% of gross domestic product globally, he said. "So if agencies are growing at a higher-than-GDP basis, the money is coming from somewhere."

Advertisers seem unsure whether they believe the allegations or even how to approach them. "I'm concerned it may be happening," said the marketer who oversees his agency relationship. But it would be tough to discern if it's happening at the holding company level, he added. "The agency probably has plausible deniability."

Faced with such nuances, he hasn't asked his agency about undisclosed rebates. "I've given it a good deal of thought," he said. "There's no point in me wasting my breath."

The ANA plans to seek further clarity. "I really do believe that we're in an era of the least transparency between media agency and client than any of us have ever encountered, for reasons like programmatic and trading desks," said Bill Duggan, group exec VP at the ANA. "Things have just become murky."

"There needs to be transparency," he added. "It's clients' money that's fueling these rebate opportunities."

The ANA's next step is a partnership with the 4A's, according to Mr. Duggan. The two trade organizations will consider hiring an outside consultant that could "help investigate this in depth," he said.

For his part, Mr. Mandel said he received more than 200 emails responding to the March 5 presentation, leading to conversations with vendors full of anecdotes about alleged kickbacks ranging from 10% to 20%. "I think it has grown over time because of the number of media options there are, and I think it's growing because of the import of talent," he said, referring to international executives well-versed in rebates now joining U.S. media agency networks.

"Part of the growing upset is not just the money," he added. "It's the fact that people are getting bad media for it."