What's Behind the Media-Agency Turnover at the Top? | Ad Age
Skip to main content
Sign In Register

What's Behind the Media-Agency Turnover at the Top?

For all the talk of the shrinking tenure of CMOs, the heads of media agencies seem to be circling through the revolving door at an even faster pace.

By Ad Age 's count, there have been at least eight major CEO changes at media agencies within the past 18 months. When you consider there are only about a dozen big media networks in total, it's hard to chalk up the changes to cyclicality.

When we polled industry experts about what's behind the flux, they pointed to whole new range of pressures that the heads of media shops are facing, from the proliferation of ever-growing media channels to new tracking and measurement tools. Moreover, while in the past, agency CEOs were largely the ones who shouldered the job of bringing in new accounts, today it's less about new business than it is about making sure you can hang on to existing business while also innovating with new products and revenue streams -- all under the pressure of tighter margins.

"The business is hardly about rates and the [traditional] buying part. You have to have efficiency and come up with new ways of buying," said OMD CEO Alan Cohen, referring to trading platforms and auction buying models. "Media is about navigating the consumer tech revolution and how we're going to make ads relevant to a younger, more fragmented audience. It's a challenge a lot of people in media are not familiar with."

"If you were a roster agency for one of the big consumer package-goods companies, you could hand that down to your children," said Michael Kassan, CEO and founder of Media Link and a onetime media agency chief himself. "That's not the case anymore." 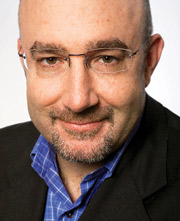 Mr. Doyle, who up until recently sat atop MEC North America, is the latest chief to exit his role. During the announcement of his leaving, Mr. Doyle told Ad Age that when he stepped into the CEO role in the first quarter of 2007, the agency had clear global objectives. "My role was much more about executing that vision," he said. "Now I think it's time to set a new vision."

It's this new vision that keeps many of today's media-agency leaders awake at night, dreaming up ways to innovate and grow business possibilities in a much more integrated- and digital-media world -- and finding ways to make their offerings about more than just scale and price.

"It's no longer a world about buying upfronts," said June Blockin, partner at Juel Consulting. "We're seeing an ongoing shift toward this new digital space and the CEOs are under pressure from a top-line standpoint and from a margins standpoint."

As a result, agencies are looking for "hybrid talent" CEOs with experience outside the traditional media agency. They want someone who can bring in new data and digital capabilities and ideas, and in doing so create new opportunities for employees in an effort to help curb the senior-level churn. "It's a problem that appears to be particularly pronounced in media agencies," she said. "What is driving it is a prevailing feeling that there is little room for advancement, and that no one is looking out for them."

In Ms. Blockin's estimation, in the new environment, media agencies are working harder to evolve, protect and grow their strategic planning and digital business models. They're facing new competition from other types of agencies and media companies which are dealing with the marketers directly and hiring strategic thought leaders from media agencies. Clients, working with procurement to cut costs, are doing a lot of the digital work themselves, she noted.

"The world is changing and the thing that 's great about the media space is that data buys outcomes," Ms. Blockin said. "It's no longer relevant to be [just] an expert in media. You have to understand data and be a business strategist."

Most agency leaders under pressure to bring in data innovation, digital teams, new talent and client relationships with marketers agree that the role mandates a new kind of multifaceted skill set. "This is a very demanding job," said Horizon Media CEO Bill Koenigsberg. "It's about navigating the new world in which we live."