Media Pitch Blues: Is It Worth the Cost in Time and Talent? | Ad Age
Skip to main content
Sign In Register

Media Pitch Blues: Is It Worth the Cost in Time and Talent?

READ THIS NEXT
Cannes plans may change: Hybrid virtual and in-person event under discussion
Credit: Illustration by Zigor Samaniego

One week this year, a major media agency gave four pitch presentations to marketers and completed two RFPs over one five-day period. "That's just absurd," says one executive there.

"I don't think any of us have seen it like what it has been over the past 18 months, two years," the executive says of the recent pitch activity. "Just when you think it couldn't be more, more comes."

These days, pitches can span half a year or longer, pit a dozen agencies on the high end against each other for one account and keep staff in the office past 5 a.m. chasing new business while trying to service the clients they've already got.

"The whole process has gotten out of control," says another executive who oversees new-business efforts at a major global media agency.

The resulting distraction, fatigue and cost to agencies could wind up undermining the very services marketers are looking for.

Media reviews have become more complicated because media itself has, agency leaders say. Agency searches are exacerbated by the need to account for the rising tide of data, new ways to target consumers, complexity in the media supply chain, measurement problems and risks to brand safety.
"It's really important to conduct these things properly," says Tom Denford, co-founder of media consultancy ID Comms.

Marketers are having to ask really tricky questions of agencies, perhaps for the first time, demanding greater accountability. They're demanding greater transparency. They really want to design long-term partnership relationships with agencies. It just takes a bit of work." 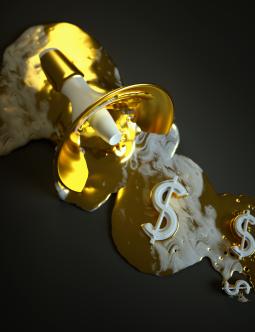 That bit of work, though, can make pitches "incredibly tense," Denford says. And there are a lot of pitches.

Review activity has increased over the past three years, along with more searches for project-based work and specialist capabilities, according to Tom Finneran, executive VP of agency management services at the 4A's. "Clients are in a position of trying to understand what is state-of-the-art, what is possible, how are other [agencies] attacking challenges," he says.

This increased activity has continued since "Mediapalooza," a frenzy of mammoth accounts including Unilever, P&G, Coca-Cola, J&J and L'Oréal that were in review in 2015. Some $25 billion in media spending went up in multinational pitches that year, according to Comvergence, an international research company that tracks agency pitches. In 2016, that figure fell to a still-heady $12 billion, according to the company.

This year through early December, major marketers including Anheuser-Busch InBev and Amazon completed multicountry media pitches with total spending of $8.5 billion, Comvergence estimates. And global or regional media reviews are still going at marketers including McDonald's, whose spending Comvergence estimates at $1.8 billion, plus Jaguar Land Rover, Adidas, Campbell Soup and Marriott.
The bulk of major pitches that did conclude this year took about six months, about as long as usual in recent years. But some stretched over a year, including Walgreens Boots Alliance and
Richemont, both of which spanned 13 months, according to Comvergence.

Marketers are projected to finish about 160 media pitches this year, lower than last year's busy pace but up significantly from 124 in 2012, according to Recma, a research company that tracks media agencies.
And though some clients want a variety of new agencies, others just crave simplification in their rosters. "At the same time clients are adding more agencies and conducting more project reviews, there are other clients who are taking a step back and saying it's become unmanageable," and opting to consolidate their agency rosters, the 4A's Finneran says.

But given the many factors complicating today's media, some marketers don't feel they have a choice, Finneran says. "Put yourselves in a client's feet for a little bit, and how do you try to wrestle with that?"
Last year's Association of National Advertisers bombshell report suggesting that undisclosed rebates from vendors influence many media agencies' work, for example, has focused clients on agency relationships emphasizing transparency and knowing what they're getting.

"Clients are rightly nervous, and there's a lot more process in there to make sure they are getting what they think they're getting," says MDC Media Partners and Assembly CEO Martin Cass.

"We see a second wave of marketers coming, frustrated with their own business results and the need for more transparency," says Greg Paull, co-founder and principal at R3 Worldwide, a consulting firm that conducts agency searches. "The agencies that will do well in this wave won't do so just out of price, but more likely through big thinking and linking their fees to business outcomes."

Some executives say agencies should know what they're getting themselves into when they're jumping into a competitive pitch. They also claim they will stay out of pitches they aren't likely to win.
And others say it's a client's prerogative if it feels it needs a pitch process that happens to be laborious.
"The guy making the choice of where to spend his money should be able to make that choice of where and how to spend the money however they want to," says indie media agency Noble People CEO Greg March. "It's up to the seller—in this case, the agency—to decide for themselves whether they want to participate in that or not."

Too many in the ring

One global agency executive believes clients are including far too many agencies in their requests for proposals. Marketers will often start with a "request for information," in which they ask agencies to detail the kind of work they do, their size and some baseline costs. By the time they proceed to the RFP, they may already have a good idea of an agency or two that makes sense for what they're seeking.

"Understandably, when people are selecting an agency, they are often operating from a place of fear," the executive says. "They want everyone to like the agency, they don't want anyone to get blamed for picking an agency that didn't do a good job. As a result, generally, they call a pitch—not necessarily because they don't know who they want to hire, but because they need to fake consensus."

Marketers may be including more and more agencies so they can glean more ideas during the review, March suggests. "Maybe they're trying to get more spec work for free out of agencies," he says. "It's up to agencies to decide how willing they are to go give free stuff to clients to earn their business."

But involving too many agencies can cost clients the opportunity to get to know a single agency deeply, says Abbey Klaassen, chief marketing officer at Dentsu Aegis Network-owned agency 360i.
"A pitch is about finding a good fit—and a big part of assessing fit is spending time getting to know each other," she says. "When there is a huge list of agencies involved in a pitch, the client can't spend as much time with each agency getting to know them and whether that potential partner is the right one to help them solve their business challenges."

Consultancies can help make the review process easier, but some aggravate the problem, according to Denford of consultancy ID Comms. He recalls hearing from an agency that had received a consultancy RFI posing hundreds of lines of questions.

"That's just terrible," he says, hinting that these kinds of requests can be simply an effort to build out a consultant's database.

A high-profile pitch requires the agency's big dogs. Senior talent has to step away from regular client work, and lower-rung talent fills in the gaps.

Professional services companies that bill by the hour don't have a bench of people to draw from, meaning employees have to handle pitch duties on top of their day-to-day client work. "It's killing our people as an industry," says one global media agency executive.

But that's not true for everyone. March notes that publicly listed agency holding companies are under the most pressure. "That need to show quarterly growth is what puts pressure on a system to overpitch and overreach," he says.

"Losing is a drain. Winning is not a drain," March's Noble says. "You've gotta be selective and pitch things you can win. 'Do we have a reasonable shot of winning this thing?' is a very big factor. If you're pitching and winning ... or pitching and getting great work, that's fine. What ends up happening is the people who contributed to a win, their careers get better."

Agency executives advise clients be explicit about their goals from the start, the better to help agencies decide whether they want to participate in a pitch. One executive describes a recent RFP in which the client said it intended to spend between tens of millions and hundreds of millions of dollars, and didn't have a clear idea of the span of services it wanted its agency to perform, or for which markets.

"Be very clear if you're the client about what is the prize on the table," one executive says. "Start with knowing your ask. Because agencies need to self-select."

John Moore, global president of MullenLowe Mediahub, says agencies can typically guess what a client will spend based on previous years, but says his agency will go after fledgling businesses with the potential of explosive growth or the potential to do great work in media.

MediaLink Senior VP Andrea Redniss says complex reviews require transparency on both sides. "Making the process seamless and transparent for both sides is critical," she says. "That can be accomplished by setting expectations about the review at the outset, building a project plan to which everyone adheres, and of course, complete and full transparency."

One agency executive imagined a perfect-world sort of pitch with the right priorities, championing business transformation from a media perspective, reducing reliance on paid media and increasing the impact.

But the reality is a little more dollar-driven.

"Rare is the client that puts it in the opening paragraph of their RFI: 'We are looking to lower our agency compensation and lower our media rates,' " the executive says. "Very few want to be that open and transparent and deliberate about it."­