Nearly a year after Interpublic Group of Cos.' Mediabrands began hinting at its desire to create a spinoff shop, plans for the official launch of a third agency network are finally being firmed up.

Ad Age has learned details about the new entity -- which is intended to serve as an alternative shop to handle business that conflicts with other Mediabrands clients -- such as its name: it will be called BPN or Brand Programming Network. BPN will sit within Mediabrand's Orion trading unit, and will be overseen by Orion CEO Brian McMahon. 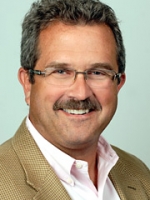 For Mediabrands, the hope is that the new network, which will handle media buying and planning, will help solve the problem of having to turn down participating in domestic and global pitches because of client conflicts. Mediabrands CEO Matt Seiler said last year the company turned down opportunities worth a combined sum of nearly $11 billion in billings.

Mr. Seiler expects the firm to grow to be at least as large as Initiative and UM. Additionally, the new brand will create an umbrella organization for a group of regional media agencies, dubbed Brand Connections, that don't exist as part of UM or Initiative .

"We knew we could build on the base of those existing [global] agencies and create a network around them. Putting that under Brian [McMahon] allowed us to think about how it could be something other than just a conflict shop," Mr. Seiler told Ad Age . "We want it to have a strong point of view like UM and Initiative , so we looked at what a network would feel like [if it had] an investment banking perspective."

Mr. Seiler noted Mr. McMahon's investment banking background was one reason he was chosen for oversight of the new agency. The association with Mr. McMahon and Orion will enable the new shop to leverage the firm's bartering assets and unique relationships with media owners, Mr. Seiler said.

In the coming weeks, the firm plans on announcing a global CEO for BPN, as well as a portfolio of clients. The CEO will report to Mr. McMahon, who reports to Mr. Seiler.