READ THIS NEXT
Massachusetts sues Publicis Health, alleging it ‘fueled’ opioid crisis in state through its work for Purdue Pharma

Miami-based The Community is opening an office in London, taking an agency that has always had a Latin flavor outside the Americas for the first time. 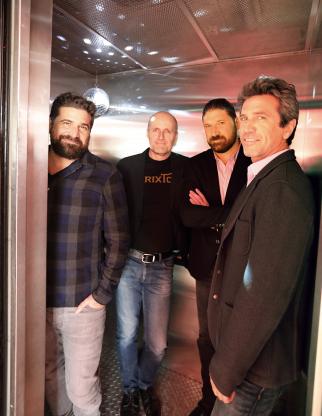 Argentine brothers Jose and Joaquin Molla opened their agency, then called La Comunidad, in both Miami and Buenos Aires in 2001. Over the years, it grew into a shop that was equally adept at reaching U.S. Hispanic and general market consumers, and doing Latin American and other international campaigns.

After selling in 2014 to SapientNitro, which was bought in turn by Publicis Groupe, The Community continued its double-digit annual growth. (Among other things, increasing revenue by 58% in 2016 after winning clients like Verizon and General Mills and laying the groundwork for global growth for its culturally-savvy brand helped land the shop on Ad Age's Agency A-List of the 10 best agencies last month).

"As we thought about how we wanted to expand internationally, outside our traditional Latin America, U.S. Hispanic and multicultural space, London was always in our plans," said Luis Montero, The Community's president.

Mark Hunter, who joined a SapientNitro unit in London as VP and executive creative director in 2014, will be The Community's executive creative director, after meeting Joaquin Molla at a global summit of the Publicis agencies where the two men got to know each other. Mr. Hunter, a Canadian, started his career as a copywriter in Toronto, then moved to Europe, where he did global campaigns for BBH London and was a creative director on Nike for Wieden & Kennedy Amsterdam. Before the SapientNitro job, he moved to Los Angeles in 2011 and spent two years as a partner and chief creative officer at Deutsch LA.

The London shop opens with 12 people, most of whom were working with Mr. Hunter, and the plan is to hire another 8 people by this summer, including a managing director and a strategy lead, Mr. Montero said.

The agency already has two clients Mr. Hunter was working with, Tesco Mobile, a wireless business owned by the U.K.'s Tesco supermarket chain, and Britain's Beer Alliance of brewers and pubs. And Miami and London just worked together for the first time to win a global pitch for an international beauty brand.

"We are very humble about the process and what it takes," said Joaquin Molla. "Jose and I have respected work from London for our whole careers. This is part of a dream come true. We always had in our minds that we approach culture as a global thing."

He noted that the brothers opened in Miami in 2001 with no clients. "We really do think building an agency takes time. In London, we already have clients and 12 people and an office, and w already did a global pitch. The truth is we are not in a hurry. We know how hard the market is. And we know the work should speak for us."

The Molla brothers have a strong creative reputation, but their agency is less well known in the U.K., especially after changing its name to The Community just over two years ago from La Comunidad, as a reflection of the cultural change in America since the agency opened in 2001. (The agency is still called La Comunidad in Argentina). Joaquin Molla will be more involved in overseeing the London office, while Jose Molla spends more time in the New York office The Community is also opening.

With two new offices in the first quarter, "We have enough for a few years," Joaquin Molla said.