Like most loving parents, a teary-eyed Michael Ferdman will bid adieu to his Firstborn after 18 years in June. He has no plans to turn the shop into an exercise studio.

Instead, he's leaving the digital creative shop he founded almost two decades ago and sold to Dentsu Aegis four years ago in the hands of president Dan LaCivita. Mr. Ferdman's departure is part of a carefully crafted four-year earn-out-and-succession plan that moves Mr. LaCivita into the CEO role, overseeing over 100 staffers and a diverse client roster that includes All Nippon Airways, L'Oreal and Rolex.

Unlike other earn-out and succession tales, Mr. Ferdman doesn't hold onto a chairman title, or plan to take on another marketing role. He's leaving advertising and not looking back.

"What was a real crystalizing factor in closing the [Dentsu] deal in February 2011 for me was that it would start my leaving, and that I'd be able to hand it off in hopefully great shape," he said. "I could literally have stopped showing up yesterday and Firstborn would be fine. That to me is the ultimate in building the right kind of business."

He'll refocus that business acumen as he says goodbye to advertising for good. In addition to spending time with his family in Westport, Conn., and indulging in his landscaping and gardening hobby, he wants to do something philanthropic. He likes the idea of bringing athletics to kids who might not have access, he said. Among the other "creative possibilities" is a high-quality sandwich shop. He'd name the menu items after Firstborn vets. The "LaCivita" would be a spicy Italian sandwich, he said with a laugh. 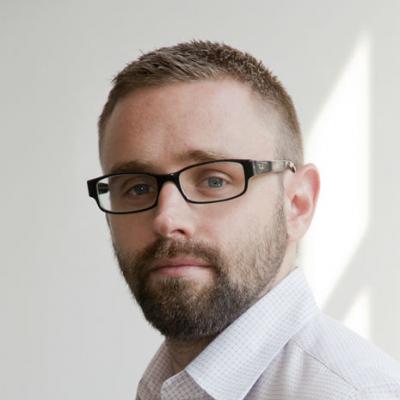 Mr. Ferdman built Firstborn from scratch in his mid-20s, with no prior employment in advertising or marketing. At the time, he was working at a company that bought and sold excess fabric in the Garment District.

"It was an amazing lesson in how to run a business," he said. He wanted to start any business, and landed on an agency when he teamed up with a cousin who had digital experience. Mr. Ferdman even interviewed for a job at an agency just so he could see what the inside of an agency looked like.

Mr. LaCivita, a young "flash developer with a tongue ring," was among his early hires.

"I learned a lot. I knew enough to be dangerous, but my real strength was in going after new business and building a company and a culture where people actually really truly care," he said. "So that's what was important to me."

His exit strategy emerged more than a decade later. After turning down numerous acquisition offers, Mr. Ferdman, a Chicago native and sports fanatic, found that he related to Dentsu North America CEO Tim Andree, a midwest native and basketball pro.

"Michael and I had an understanding about what Firstborn needed to bring to Dentsu," Mr. Andree said. "They needed to elevate our creative credentials as a shop with real roots in digital creative. Michael had concerns he'd get homogenized into some big group or we'd come in and mess around with the culture. I told him that's not what we do." 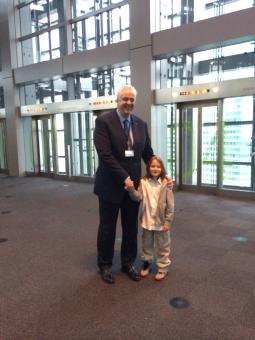 Mr. Ferdman went to Tokyo to cinch the deal three to four months after receiving the offer. But it was the first of only two visits he would make to the Japanese holding company's headquarters: The second took place last week, when he went to thank Dentsu's global CEO, Tadashi Ishii, in person.

"I couldn't run this company going forward because I have no vision," Mr. Ferdman said, referring to his goal to keep the shop small. "It's like a black sea for me over 100 people."

The agency's first-quarter revenue was the strongest for a first quarter in its 18 years, according to Mr. Ferdman. He'll leave further growth to his successor.

"It will continue to be all about the people, the work and the culture. That won't change," said Mr. LaCivita (who no longer has the tongue ring). "Will we grow? Sure. But we are not looking to do so in leaps and bounds. Michael has always kept a slow and steady growth for the company that has served us well. We will never be a company of thousands, but we will continue to hire top quality talent and grow our team in a smart, strategic way."