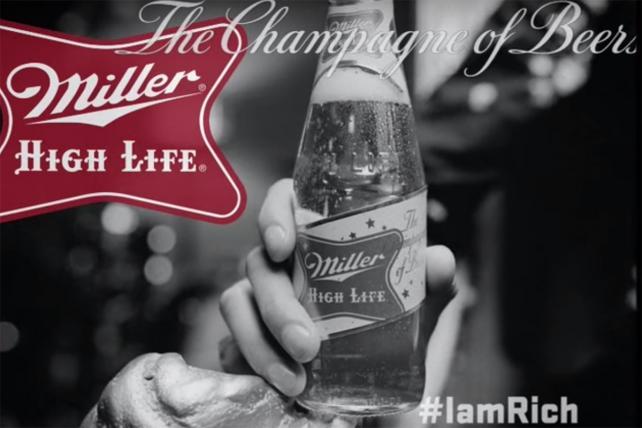 MillerCoors has made agency changes on its economy beer brands, including parting ways with Publicis Groupe's Leo Burnett on the Miller High Life creative account.

Leo Burnett's shopper marketing agency, known as Arc, will continue to support High Life. But Philadelphia-based Quaker City Mercantile has won an assignment to lead creative and digital strategy for the brand. MillerCoors has also assigned roster agency Mekanism to its Keystone Light brand, which had not been using a creative agency of late.

The changes were quietly made several months ago but have not previously been reported. MillerCoors representatives confirmed the moves to Ad Age this week.

Leo Burnett's woes have mounted recently. The agency in August lost the McDonald's U.S. account in a head-to-head battle with Omnicom Group. The agency is also at risk of losing a significant chunk of its General Motors business after the automaker recently put its GMC brand into creative review. Leo Burnett's Detroit office has been handling GMC and Buick along with DigitasLBi via an entity called EngageM-1.

A Leo Burnett spokeswoman declined to comment on the MillerCoors move. Leo Burnett had taken the lead on the brew's main campaign since 2014. That effort, called "I Am Rich," sought to give Miller High Life a hipster feel with ads that use ironic lines juxtaposing wealthy terms with common-man living.

Ashley Selman, the brewer's VP-marketing for emerging and economy brands, credited Leo Burnett's Arc for being "a great partner to us" on shopper marketing for High Life. She said Leo Burnett stepped in a few years ago to handle High Life's ad campaign but was never considered the brew's agency-of-record. The brewer does not assign AORs for its economy brands, she stressed. But Quaker City's assignment seems significant, covering strategy and possibly including TV advertising, digital and packaging, Ms. Selman said. "We are exploring all of that with them right now," she said.

She added: "We wanted to take a slightly different approach, and we felt like getting to know the Quaker City guys and gals they had a really good finger on the pulse of where we wanted to go with Miller High Life."

Digital for High Life had previously been handled by DigitasLBi, which remains on MillerCoors roster for other work.

Quaker City has a history of working on alcohol brands, including creating some brands from scratch. The agency, formerly called Gyro Worldwide, 17 years ago created Sailor Jerry rum before selling it to liquor marketer William Grant & Sons in 2008. In 2009, Quaker City acquired a stake in New England's Narragansett brewery and the shop still handles the brand's advertising. "We always wanted a beer account," Quaker City Mercantile CEO and founder Steven Grasse said at the time. "And, I figured the best way to get one was to buy the brand."

The agency also works on Hendrik's Gin and Milagro Tequila, which are both controlled by William Grant. Last year, Mr. Grasse opened his own distillery in New Hampshire called Tamworth Distilling, which uses local ingredients to make gins, whiskey, vodka, cordials and other spirits.

Asked if MillerCoors had conflict concerns, considering that Quaker City works on other beer and liquor brands, Ms. Selman said: "One of the reasons we like them is their understanding of alcohol and consumers. We are not concerned about them working on other alcohols. We have a really clear agreement with them."

The High Life assessment comes as MillerCoors overhauls its approach to its economy brands. "We need to look at the whole gamut within economy," Ms. Selman said, noting the brewer recently spent time and money investing in consumer research, including ethnography work. "Part of economy is getting back to delivering value," she said.

The "I am Rich" campaign will continue to run through the end of the year before it is replaced.

For Keystone Light, Ms. Selman suggested that local marketing will play a key role. "We needed to go back and take a fresh look at some of the brand positioning," she said. "This isn't about unveiling this enormous TV and big comprehensive communication plan."

Mekanism, which is handling the assignment, was added to the MillerCoors roster last year for Redd's, Smith & Forge and Henry's Hard Soda.