Incumbent Shop Beats Out PHD, Initiative as Part of Marketer's Global Evaluation
READ THIS NEXT
Massachusetts sues Publicis Health, alleging it ‘fueled’ opioid crisis in state through its work for Purdue Pharma

NEW YORK (AdAge.com) -- After a seven-month review, Unilever has awarded its $800 million North American media-planning and -buying account to Mindshare, executives with knowledge of the review said. 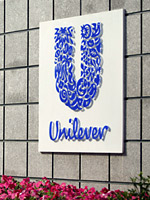 The procurement-led review was part of a global evaluation that saw a large portion of Mindshare-run business go under review, including business in the U.K. and China. In late December the company awarded PHD the $450 million China account, which includes Hong Kong and Taiwan. In a statement released in December, Unilever said Mindshare and Initiative Media previously managed the business in those regions. Other regions being reviewed include Argentina, Mexico, France, Germany, Spain, Italy, the Netherlands, Poland and Russia.

Executives with knowledge of the review said Initiative is keeping its business in Latin America and PHD would maintain Unilever's business in Central Europe. The agencies either referred calls to the client or could not be reached for comment.

Mindshare's work for Unilever includes the webisode series "In the Motherhood," which was eventually turned into a sitcom for ABC in the U.S. In China it ran a product-integration effort for Unilever's Dove with "Ugly Betty," which was awarded Best Use of Content at last year's Festival of Media, in Valencia, Spain.

Mindshare has also handled extensive creative duties on multimedia programs that include digital. In mid-December Unilever announced its first digital roster, which includes Publicis Groupe's Razorfish, Havas' Euro RSCG and independent shops AKQA and Lean Mean Fighting Machine. Sapient, another independent shop, was also likely to be added to that list pending contractual details. At that time, Unilever also announced that it was launching reviews for regional digital rosters in North and Latin America, Europe and Asia.

With Mindshare retaining the Unilever account in the U.S. and picking up the Canada business, the agency continues its impressive run in North America, which includes recent new-business wins such as Abbott Laboratories' $230 million-plus U.S. media-planning and -buying account, the $220 million media account for Boehringer, the $100 million Farmers Insurance business, the $60 million Sun Products account and the $10 million Skyy Spirits business.