Shop Plucks From Within, Promotes Lori Hiltz to the Role

In a long-awaited move for Havas' MPG, the media agency has named Lori Hiltz CEO of North America. 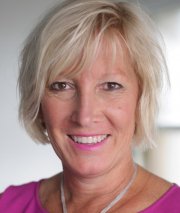 Ms. Hiltz, who steps up from her role as exec-VP and managing director of MPG's Chicago office, will be the first official North American CEO installed since Shaun holiday departed in 2010.

Mr. Holliday had been in the role for just over a year. When he left, global CEO Maria Luisa Francoli Plaza assumed the role of interim CEO of North America.

It's a long time to serve in a dual role, and Ms. Francoli Plaza told Ad Age that she actually didn't start searching for a candidate until the beginning of this year.

She added: "I've enjoyed being in North America. I have a fantastic team. But I always knew this was not going to be my permanent job."

The move comes on the heels of the recent departure of COO Sasha Savic, who joined Mediacom as U.S. CEO in April, but Ms. Francoli Plaza said that Mr. Savic's departure did "not really" factor into the timing of the appointment.

Of Ms. Hiltz, she said, "The way that she was able to provide guidance to the team and provide the right answers to clients was exactly what we need." She also cited Ms. Hiltz's accomplishment of growing the agency's Chicago office as evidence that she'll be successful overseeing all of North America.

Ms. Hiltz, who joined MPG in 2010 from Omnicom's PHD Detroit, where she had managed media duties and client service for the Chrysler Brands, will be responsible for several offices. Those include New York, Boston, Chicago, Montreal and Toronto offices of MPG and Havas Media.

In a statement, the new CEO made a point to underscore the success she found in highlighting "synergies" between the media shop and creative sister agency Euro RSCG. "In Chicago, we've been working closely with our sister company, Euro RSCG, in strengthening and growing our combined client roster," said Ms. Hiltz. "When you combine a great creative agency's talents with a thought-leading media agency, the synergies propel you to win. We can deliver this integrated product across our U.S. network."

Asked whether this was a sign that MPG and Euro could be brought closer together, Ms. Francoli said that would not happen in a formal capacity. "We're an independent media agency but we understand the need to be able to work closely with creative agencies."

In 2011, the firm grew 18.9% and generated $77.3 million in revenue, according to the Ad Age DataCenter. Worldwide, the firm grew 9.3% to $593.3 million. Last year, MPG won a large portion of the global Philips account, including the consumer lifestyle and consumer electronics business in North America, South America and various European markets.

The firm is currently defending its Chicago-based Sears business in an ongoing review. Ms. Francoli Plaza would not comment on the status of the review, but when asked about the potential impact of the promotion of its Chicago lead, she said, "Sears is one of our top clients. The success we've been able to develop with this client is a testament of [Ms. Hiltz's] capability and professionalism. I think [the client] would be proud to have their account lead overseeing the entire company."