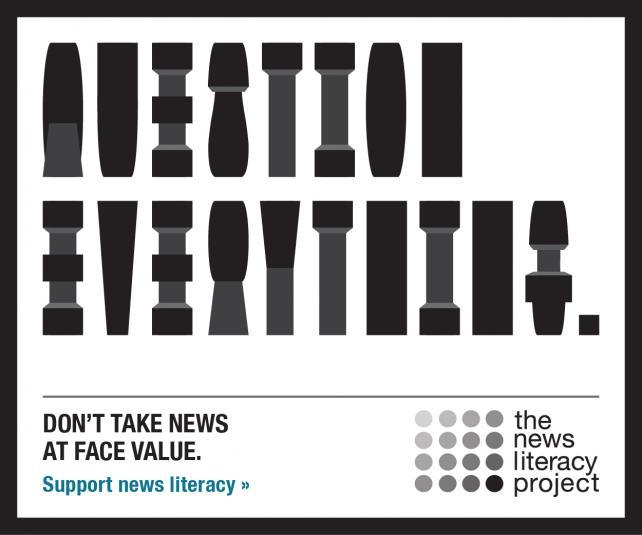 The #SeeAlltheAngles campaign will run for six months online and in print across outlets such as The Wall Street Journal, Fox News and AOL.
Credit: JWT

The News Literacy Project and J. Walter Thompson New York are looking to fight the ongoing problem of fake news with a campaign that includes a newly created sideways-facing font.

"We're hoping the campaign gets people to really take the time to read and think about what they're reading before they share it and keep it going," said Aaron Padin, head of art and design at JWT New York. "We're inundated with headlines every day, and we've become a society of headline readers, so the goal is to give everyone time to pause and figure out what it says and use that learning for when reading any headline from any news source."

Only 39% of Americans in the U.S. recently said they were "very confident" they could recognize fake news, according to The Pew Research Center. And nearly one-third of tweens and teens said they have forwarded an online news story in the last six months that they later found out was fake, according to Common Sense Media.

For the new font, or "typeside," JWT handcrafted and rotated letters 90 degrees. Mr. Padin said the process took about a month and a half because the agency wanted to make sure it's a working typeface. 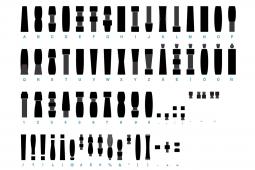 The initiative, dubbed #SeeAlltheAngles, will run for six months online and in print across outlets such as The Wall Street Journal, Fox News, AOL and the Miami Herald. All media, which was selected from a nonpartisan perspective, was donated by Kargo and other JWT media partners. The ads showcase headlines such as "See All the Angles," "Get a New Perspective," and "Question Everything" displayed in the new typeface.

As part of the pro bono effort, JWT also helped the nonprofit create a mobile app called "Headline Maker," which allows journalists, educators and other users to create and share their own headlines using the new font on social media.

In addition to helping people decipher real versus fake news, the campaign will look to raise awareness of The News Literacy Project and its services, such as the checkology virtual classroom e-learning tool, which is currently in use by more than 6,000 teachers in the country and overseas.

Founded in 2009 by Pulitzer Prize-winning journalist Alan C. Miller, The News Literacy Project's mission, according to its website, is to work with educators and journalists to teach "middle school and high school students how to sort fact from fiction in the digital age."