Omnicom: 'Yes, we did' look at acquiring Acxiom unit, but we're renting data instead | Ad Age
Skip to main content
Sign In Register

Omnicom: 'Yes, we did' look at acquiring Acxiom unit, but we're renting data instead 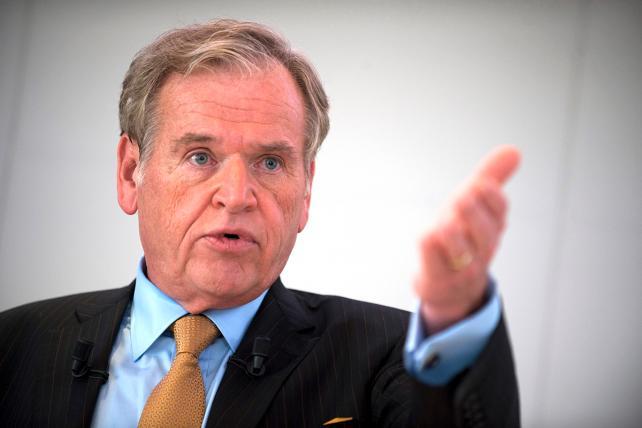 Omnicom executive Jonathan Nelson said during the holding company's second-quarter earnings call Tuesday morning that the holding company looked at acquiring Acxiom's Marketing Solutions business, which Interpublic Group of Cos. said this month it is buying for $2.3 billion.

Asked by an analyst whether Omnicom considered at the Acxiom unit, Omnicom Digital CEO Jonathan Nelson said they had. He also touched on Omni, the new precision marketing and insights platform Omnicom announced last week.

"We have fallen on the side of renting the data, versus buying the company that compiles the data," Nelson said. "We see data as commodity. In fact, when you look at the Omni platform we announced deals with LiveRamp, with Neustar, and with Experian, all of which have similar first-party style data. We just believe that this enhances our position of neutrality and removes any perceived conflict we might have with our direct clients." LiveRamp is Acxiom's other major business.

IPG chairman and CEO Michael Roth had addressed a similar question during a call with analysts the day after his holding company announced its acquisition of the Acxiom unit. "The world has changed," Roth said during the call. "Given the scale that is necessary to compete on a global basis, given the relationships now between data and marketing services, our view was that we had to take a hard look at the question of renting versus owning."

Philippe Krakowsky, IPG's chief strategy and talent officer and Chairman and CEO of IPG Mediabrands, added during IPG's call earlier this month the deal is "clearly" an evolution of the holding company's strategy, but says the holding company remains a neutral source when working with clients on which technologies they work with. "We stay agnostic relative to technology in terms of ad tech and martech, but we're really saying that when it comes to data, we believe that there's a significant advantage in having scale in data."

Omnicom's Nelson shared a few details about Omni, the new platform, saying it will use customer data to profile customers and predict what kind of information they want to see from a creative and messaging standpoint, and connect that to where they are in the media landscape. He said the holding company is using artificial intelligence and machine learning algorithms to do those things.

"We believe that it is state-of-the-art for the buy-side, and we are working with many of our sell-side partners—Amazon, Google—to incorporate some of their algorithmic technology as well as adding our own," Nelson said.

Omnicom's second quarter results fell short of analysts' estimates for organic growth, which came in at 2 percent. Revenue in North America slipped 0.9 percent year-over-year, with the U.S. down about half a percent from the same period last year, Omnicom CEO and chairman John Wren said on the call. The holding company's worldwide revenue in the second quarter increased 1.8 percent to $3.86 billion from the same period a year prior.

Wren said the company's North American advertising and media businesses faced several client losses that occurred in prior periods, as well as reductions in scope. He added that clients are still changing the way they're purchasing media in the programmatic business, but said that trend seems to be slowing down. He said the company expects these headwinds to partially subside in the second half of 2018.

Omnicom also recently announced it was divesting Sellbytel, a business providing outsourced sales, service and support. Wren said the company expects several other dispositions to complete in the third quarter in "areas that are not consistent with our long-term strategy."