P&G's Pritchard on What Drove the Big Media Decision

New Alignment Puts Business Needs Ahead of Buying Clout, Still a Better Deal
READ THIS NEXT
Stagwell makes new offer for MDC in bid to get the deal done

P&G may still be the biggest U.S. advertiser, but it no longer feels it has to have its entire media budget with one agency to take advantage of its clout, according to Global Brand Officer Marc Pritchard, who oversaw a review concluded today that put media with Omnicom Media Group and Dentsu's Carat. 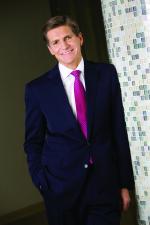 P&G consolidated planning, buying and search across the U.S., Canada and Puerto Rico with "two main agencies," with a client-specific unit of Omnicom Media Group getting the majority of the work and Carat the rest, Mr. Pritchard said. The account is divided along category lines, he said, but declined to say which agency will handle which categories at this point, in part because part of the division remains under discussion. The new assignments will be implemented largely in time for P&G's next fiscal year, which begins July 1.

Mr. Pritchard said he isn't concerned about losing buying clout by dividing the business, in part because "we've got one primary agency that has the majority of the business, which will still give us enormous scale. And going across North America streamlines us from an efficiency standpoint."

He also said he believes P&G and the agencies "will be able to work together very effectively, and -- bottom line -- the program they put together was a better value proposition anyway. So we're very clear that this is going to be more efficient and more effective."

This move will reduce agency costs, Mr. Pritchard said, "but this is really all about P&G raising the bar on brand building so we can drive more growth. We're both consolidating and upgrading our agencies so we can work with the best. …Money we save we really want to reinvest in driving brand growth."

SMG retaining brands in the process of divestiture made sense, given that new owners would want to make any changes, and Duracell already has decided to stay with SMG, Mr. Pritchard said. A variety of cosmetics, hair color, fragrance and salon hair-care brands will be moving to Coty.

"Both Omnicom and Carat demonstrated superior and proven performance in data, analytics, planning, buying, innovation, technology and the financial value," he said.

"Starcom MediaVest is still a valued partner," Mr. Pritchard said. "They still have a huge amount of our business around the world."

Rebates and transparency figured into the review "not at all," he said. "We trust our agencies."

It's been 18 years since P&G last did a U.S. review, but it won't likely be that long until the next North American review, Mr. Pritchard said.

"We will more frequently look at our agency lineup, particularly in media, given the rapid acceleration of capabilities in the digital world." But he said subsequent reviews "won't be this extensive."