Effect of Moving to 75-Day Payment Terms Could Ripple Throughout the Industry
READ THIS NEXT
Massachusetts sues Publicis Health, alleging it ‘fueled’ opioid crisis in state through its work for Purdue Pharma

Procter & Gamble Co., the world's biggest advertiser, is preparing to lengthen the time it takes to pay agencies -- a move that will ripple through the industry in years ahead. 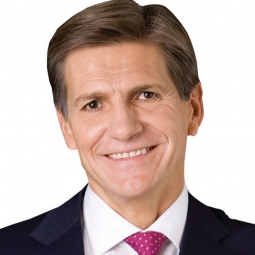 The policy stretches payment terms to 75 days from the previous 45 across a wide range of vendors, according to people familiar with the matter. P&G is softening the blow of the move, originally reported by The Wall Street Journal, by helping suppliers get paid in as little as 15 days by banking on the company's strong credit rating to get financing at lower rates.

P&G Global Brand Building Officer Marc Pritchard said the new policy will be implemented with agencies as new contracts take effect. He added that it's similar to moves other companies are making.

People familiar with the matter said P&G's agency contracts are usually renewed every one to three years, but a P&G spokesman said the contracts aren't typically re-negotiated annually.

Overall, WPP, which counts P&G as its second-biggest client, and Publicis Groupe , where P&G is the biggest client, would be most affected by the change.

P&G is far from the first or boldest in lengthening payment terms for agencies. Johnson & Johnson has in recent years implemented a system that pays agencies and other suppliers 45 days after the end of a month it receives the bill -- which means payments can stretch to 75 days. J&J offers an online "dynamic discounting" tool to let agencies or others get paid faster in return for discounts, Chief Procurement Officer Hans Melotte said at the Association of National Advertisers Financial Management conference last year.

Over the past few years, the normal term has stretched from 30 to 45 and 60 days, said Gerry Preece, a former P&G procurement executive and now a consultant. Still, he's surprised P&G is moving to 75 days with agencies. "It just feels like small ball," Mr. Preece said. "With all that you've got going on in media, this is what you're working on?"

That leads to the question of who will be affected. Mr. Beals said media-agency contracts, such as P&G's with Starcom Mediavest Group, typically treat flow-through payments to media companies differently than the payments of agency fees, so SMG and P&G would need to negotiate those terms separately.

"Media is paid via the agencies, and costs are then passed back to P&G by those agencies," the P&G spokesman said. "We have not extended the program to date to media suppliers, but that could be an option in the future."

Even before P&G began working to apply its longer payment terms to agencies, some media companies last year noted agencies were taking longer to pay their bills -- a trend that appears likely to continue given marketers' moves.

In the current near-zero-interest environment for short-term credit, that has less impact, Mr. Beals said, making such moves easier to implement. The real impact will be felt whenever interest rates rise.

"Companies stretching out payments essentially are putting a burden on all the other companies an agency is working for," Mr. Beals said.

Big advertisers have the most to gain from the improved cash flow of stretching payments, said Chuck Hatsis of Surge Consulting, a marketing-services consultancy. "If P&G is doing it and another competitor is not, pretty soon that competitor is going to because it becomes a competitive necessity," he said.