D Exposito was started in 2005 by Daisy Exposito-Ulla and her filmmaker husband Jorge Ulla, who is chief ideation officer. Ms. Exposito-Ulla, the agency's chairman-CEO, was born in Cuba and entered advertising as a creative at Y&R's Hispanic shop Bravo Group in New York and rose to chairman and CEO of that agency before leaving in 2004.

Mr. Ulla said that D Exposito is a solid independent agency with loyal clients "but today we need a more audacious creative identity." 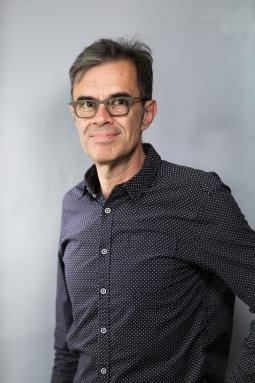 Although the agency isn't known for its creative work, Mr. Olavarrieta sees opportunity in its existing client base and potential new business.

"It will be a lot of agency initiative work," said Mr. Olavarrieta, who was on his way to Puerto Rico on Thursday to shoot a commercial for the NBA. "We have to bring work and put it in front of the client and say 'how about these other three ideas'."

He began his career as a copywriter at Leo Burnett in his native Mexico. He moved to the U.S. 20 years ago as a creative director at Miami agency Alma (then called Del Rivero Messianu DDB). He was later chief creative officer at the Vidal Partnership, and a partner in two short-lived U.S. Hispanic startups, Ole and Adrenalina. He joined Dieste in 2011 as chief creative officer and later held several other positions there.

D Exposito & Partners is No. 23 in the ranking of the largest U.S. Hispanic agencies in Ad Age's Hispanic Fact Pack, with 2015 revenue of $9.6 million. The 40-person shop positions itself as "The New American Agency" and clients include AARP, McDonald's in the Tri-State area and Tajin, a chile pepper-like condiment often added to fruits and vegetables in Mexico.

Mauricio Galvan, the agency's former partner and chief creative officer, left a year ago, joining Anomaly in January 2016 as a creative director working on both general market and U.S. Hispanic accounts. (Leo Olper, who joined the D Exposito agency with Mr. Galvan in November 2012 as a partner, business development and integration officer, departed in November 2016 and moved last month to Austin and Omnicom-backed Hispanic shop LatinWorks, where he is SVP, managing director).