Peter McGuinness has resigned his post as CEO of DDB Chicago, and will be replaced by Paul Gunning, the head of DDB's digital arm, Tribal Worldwide.

Mr. McGuinness is departing to move back to New York, where he will take up a post as chief marketing and brand officer at Chobani. The maker of Greek-style yogurt has exploded into a $1 billion company in the past five years under founder Hamdi Ulukaya. Messrs. McGuinness and Ulukaya got to know each other when Mr. McGuinness ran Gotham, where Chobani was previously a client. The hire comes as part of management changes at the marketer, among them luring Kellogg exec David Denholm to serve as president-COO and run day-to-day operations.

"Spending the past two years at the helm of such an iconic agency with some of the best clients in the industry has been an amazing experience," said Mr. McGuinness. "I leave DDB Chicago incredibly proud of what we and the management team have accomplished and wish them great success moving forward. As I prepare to begin my next chapter, I'm honored to join Chobani, a company who's brand, products and people I have long admired. There's so much upside and excitement around the company and I'm thrilled to now be a part of it and see nothing but opportunity moving forward."

For Mr. McGuinness, an agency veteran who spent most of his career at McCann Worldgroup, it means leaving behind adland to try his hand on the client side.

The timing of the move follows a solid couple of years for the Chicago outpost of the Omnicom Group network, which handles several key clients such as McDonald's, State Farm and Capital One. Mr. McGuinness helped to stablize the agency after the departure of Budweiser and other clients, and the work has been improving.

With Mr. Gunning taking over effective immediately, the agency is getting someone who's familiar with the DDB brand due to more than a dozen years experience in different roles there. In addition to serving as Tribal CEO since 2008, he's also served as DDB Worldwide's chief digital officer. 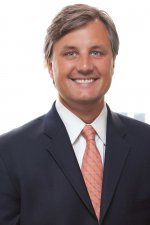 Said Mr. Gunning: "I'm excited they asked me. The opportunity to run DDB Chicago has been a dream of mine since I walked in 13 years ago."

"Paul has played a key role in the digitization of the DDB Worldwide network and has built the Tribal Worldwide network into one of the most award-winning digital agencies in the world," said Chuck Brymer, CEO of DDB Worldwide, in a statement. "I'm confident that he will be able to lead the growth of DDB Chicago as we navigate the evolving technological influences impacting marketing communications."

The management changes mean that Mr. Brymer will need to evaluate how to replace Mr. Gunning's post at the top of Tribal. For now, regional presidents like Rich Guest in the U.S. will take the charge.