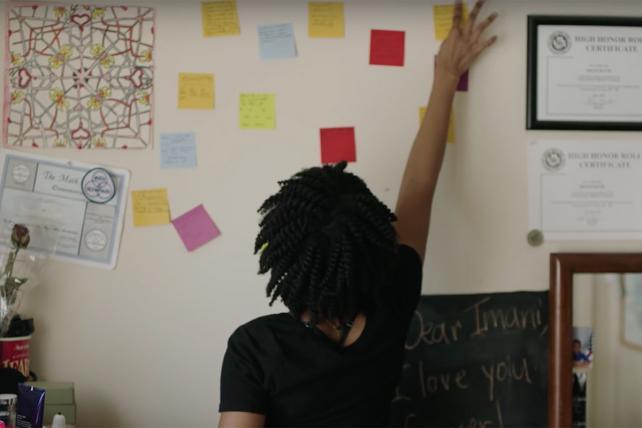 A scene from Post-it's 'Make It Stick' campaign.
Credit: Post-it via YouTube

3M is looking for a new creative agency for at least seven of its largest consumer brands, such as Post-It and Scotch.

3M representatives declined to comment. Spending on the account is $40 million, according to people with knowledge of the matter.

A spokesman for Grey, the longtime creative incumbent for 3M's consumer brands, confirmed that the marketer and agency had parted ways. "After many years of successful partnership 3M has decided to explore their marketing options and we have decided not to participate in the review," the spokesman said in an email.

The consulting group SRI is supporting the review.

Over the summer, Grey worked with 3M on its "Make It Stick" campaign for the Post-it brand, which included two TV spots and an online documentary series following students who use Post-it notes to overcome challenges or achieve goals.

On the corporate side, 3M began a global brand campaign in 2015, its first in 25 years, aiming to unify the company under the tagline "3M Science. Applied to Life." The St. Paul, Minn.-based company worked with BBDO on the initiative.

Last year, 3M, which is also known for consumer brands such as Scotch-Brite, Ace and Command, spent nearly $28 million on measured media, according to Kantar Media.