Proposed Ad Agency Will Rock Around the Clock

Brian Mandelbaum Is Readying Launch of Social-Media Shop That Will Be Open 24 Hours a Day, Seven Days a Week
READ THIS NEXT
'Human-machine hybrid' agency promises faster, effective creative ideas

It's hard for agencies to attract top talent now, but imagine how much tougher it would be if they told staffers they had to work the graveyard shift?

Brian Mandelbaum is willing to give that a try. The longtime agency exec is behind the launch of a 24/7 social-media agency that aims to fill what he says is an unmet need for clients when it comes to monitoring and leading online conversations outside of normal work hours. The idea is to hire content creators and account managers to work continually throughout the day. 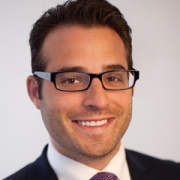 After spending time at shops including Razorfish, Saatchi & Saatchi and, most recently, Chicago's Cramer-Krasselt, where he led digital media and innovation, Mr. Mandelbaum is setting up this new shop in his Windy City backyard. It's early days: the agency has yet to be named, but is close to signing on a CEO from the big-agency world, he said. The aim is to be up and running -- around the clock -- by the end of the third quarter.

Mr. Mandelbaum claims he's held meetings with several retail and consumer-product advertisers who expressed interest in hiring a 24/7 agency, and also said "There is interest from holding companies to back this sort of venture." That's despite the fact that many ad holding companies already have global agency networks that are technically "always-on," given they have a footprint in so many different time zones. But Mr. Mandelbaum argues that most of those firms don't have expertise in social media, community management or content creation and that they don't necessarily work on the same clients all around the globe.

The idea of running ad agencies on the same schedule as an emergency room or convenience store seems pretty outlandish. But there is research to back up the theory that social-content programming and response to customers is happening based on what's convenient for the 9-to-5 agency worker, not what works best for consumers.

A Buddy Media survey published a few months ago found that Twitter engagement rates for brands -- especially in the fashion, entertainment and sports categories -- are 17% higher on Saturday and Sunday compared to weekdays, but brands aren't taking advantage.

More recent research, in the form of a YesMail Interactive study, suggested that marketers are deploying their Facebook marketing campaigns at the wrong time of day, saying that many brands reach the highest level of interaction with consumers before bed time, between 10 p.m. and midnight, but that opportunity is squandered because it's the timeslot least used by marketers.

Mr. Mandelbaum predicts that agencies in the future will need to maintain more of a newsroom mentality and behave like media outlets and blogs that have folks working around the clock to monitor and report breaking news.

"There's precedent for it, and it can be done as long as there is a culture to support it," said Mr. Mandelbaum. "There are companies like Google and Facebook that have an environment that is conducive and friendly and sometimes more productivity happens when there are less distractions."

Recruiters' reaction: Good luck. "I'm getting pushback right now in the social-media and digital-media space with regard to work-life balance because it's already 24 hours to a large degree," said Linda Schaler, managing director at Stephen-Bradford search in New York. "Making it officially 24/7 would be incredibly challenging unless the incentive is so great that it'd be worth the trade off. And I don't know what it would take. For my candidates, salary wouldn't do it; they are being paid pretty well, and people in social media and digital can get good jobs right now. More and more are pushing back and trying to protect their family time. I think there'd be tremendous resistance."

The 4A's declined to comment, but at least one local agency executive was less than thrilled. "What a great way to further commoditize our business," said Peter McGuinness, CEO of DDB, Chicago. "We're already in the service business and stay as long as it takes to get the job done. Sometimes you work 40 hours a week and sometimes you work 80 hours. It's not like we go home and shut off, so to try and create a business model out of that and spin it and position it as something new or interesting is a lot of navel-gazing."

"The problem with our industry is not whether or not we get the job done," he said. "The problem is that we're commoditizing what we do, working at lightning speed, which compromises the quality of what we do, and having an agency that is set up to be an 'Ads 'R' Us' isn't sending the right signal."