Publicis' Sadoun: The old holding company model is 'dead' (but the Groupe is 'future-proof') | Ad Age
Skip to main content
Sign In Register

Publicis' Sadoun: The old holding company model is 'dead' (but the Groupe is 'future-proof') 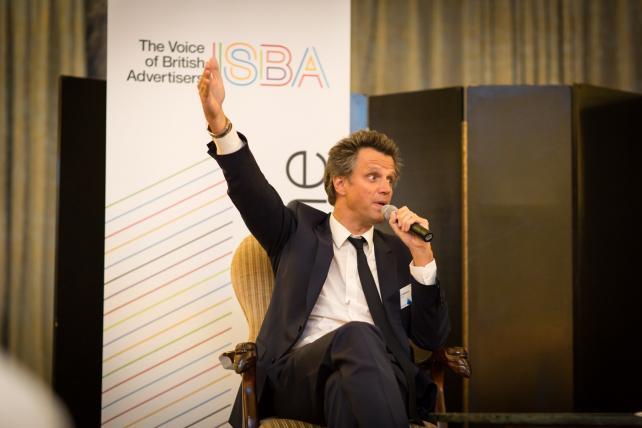 Although revenue fell around 8 percent from a year earlier to $2.8 billion, Publicis saw organic growth of 1.6 percent (attributed to change excluding the impact of acquisitions and foreign exchange) for the first quarter of 2018 — attributing that in part to accounts gained in 2017, including Lionsgate, Southwest Airlines and McDonald's.

Publicis Chairman and CEO Arthur Sadoun called the group's streak of wins in 2018 "unprecedented" — he cited new global accounts including Campbell and Marriott, with local wins including Red Bull in the U.S. and Kraft Heinz in China.

"The challenge for us it to continue to deliver financially while accelerating our transformation," Sadoun said on the earnings call. "We remain extremely cautious because the market environment remains very difficult."

With earnings coming just days after WPP CEO Martin Sorrell stepped down amid an investigation of misconduct, questions about the longevity of the holding company model have swirled. Sadoun says that the old holding company model is "dead," and said agencies can't expect the entire world to change and want to work the same way. He says this is the impetus for Publicis' own transformation and pace of change.

A note from Pivotal Research senior analyst Brian Wieser said that Publicis' results were viewed favorably by investors given consensus estimates of 0.7 percent (but said Pivotal was expecting results of 2.8 percent). The note remarked that although the agency sector is facing a wide range of challenges, including clients taking work in house and heightened contractual scrutiny, Publicis "in particular is well-positioned over the long-run" in the industry.

Wieser also remarked in his note that the integration among Sapient (the digital and tech firm the Groupe acquired in 2015 for $3.7 billion) and other parts of Publicis is still in progress, but that "benefits will be realized over time, aiding slightly faster-than-average growth for the Groupe relative to its peers."

The company has seen a slew of changes since Sadoun took the CEO reins from Maurice Lévy in June. It announced a new "Power of One" model, created a "Publicis Spine" to help better target individual consumers and announced its new AI-powered platform called Marcel, which is set to be "unboxed" in May.

Publicis also last month released its "Sprint to the Future" strategy and execution plan for the next two years, which has the goals of providing clients with the "keys to its future success;" an acceleration of the Groupe's transformation (through deploying "Global Client Leaders," rolling out a country-led organization and an "invest in growth" plan funded by a cost-cutting program); and providing more value to shareholders by accelerating organic growth and improving operating margin rate.

The company aims to deliver 4 percent organic growth in 2020.

"We are trying to regain the trust of the financial markets by making the demonstration that our model is future-proof," Sadoun says.

During a time when the industry is being so challenged, Sadoun says, "We need to make sure our client understands why we are unique and we need to give the proof to the market that actually we are ready to accelerate our growth and profits in the years to come."

He added that Sapient's ability to help clients with business transformation is instrumental in the Groupe's main challenge: "How can we really be an indispensable partner for the client and their transformation?"

The new business wins were another point of pride this quarter, he says.

With European Union's looming General Data Protection Regulation set for May 25, Sadoun said he believes it's a "good initiative" that will likely have implications all over the world.

"At the end of the day, it clarifies the rules and reinforces trust of the digital world," he says.

Pivotal's Wieser, in his investor note, wrote that the new law will likely be positive for agencies because it will force more marketers to rethink their data strategies and relationships with consumers.

"This should have the effect of forcing strategic activities around data management with services firms who use the data and encouraging marketers to accelerate investments in 'owned' activities (including business transformation and brand experiences) in lieu of lower margin 'paid' media activities, such as traditional media buying," he wrote. "Publicis' position as a large player in business transformation and the generally positive business trends we think are occurring for the company's media division should bring benefits to Publicis in this environment."

Sadoun, asked if he wanted to comment on Sorrell's departure, said he hadn't known Sorrell personally when he took on his job. The two were in Cannes, so Sadoun said he went up to introduce himself and told Sorrell that he could say whatever he wanted to about Publicis, but promised, "You will never hear a bad word [about WPP] from me, whether publicly or privately," he says. "The truth is, since that day I haven't said a word."

He says he doesn't plan to start now.