"The settlement, which resolves the claims of the named plaintiffs and pay and pregnancy discrimination claims of 101 other female MSLAmericas employees, has been submitted to the District Court for approval," according to a statement from the plaintiffs' law firm Sanford Heisler Kimpel. "Defendants Publicis Groupe and MSL Group have not conceded or admitted liability in connection with the settlement and deny that they have engaged in any wrongdoing," added the statement.

"We are pleased to have resolved this matter, avoiding the cost of further litigation," said MSLGroup in a statement. "We are confident that our workplace policies and practices are lawful, correct, and non-discriminatory. The Court has made no determination that any policy or practice was unlawful, and the settlement agreed to by the parties does not require any changes in our policies or practices. We continue to be fully committed to the fair, equal and respectful treatment of all of our employees."

When they filed the suit, Ms. da Silva Moore and other female public relations employees in the U.S. claimed that they were denied equal pay, promotion and other employment opportunities by Publicis and its PR group, MSLGroup. Ms. da Silva Moore, a former global healthcare director for MSLGroup, had worked for the PR agency for 13 years.

Jim Tsokanos, MSLGroup's U.S. president at the time, stepped down over a year after the claims were made. He was then succeeded by the company's Chief Client Officer Renee Wilson.

Mr. Tsokanos' alleged behavior was described in a version of the original suit.

Despite ongoing inappropriate conduct and complaints, Tsokanos was promoted to Executive Vice President and Managing Director of the Company's largest office in New York and ultimately to President of the Americas. In his new role, Tsokanos continues to make comments about the appearance of female employees often discussing their "looks" in front of other employees and during meetings. He is also known to take young female employees out for drinks frequently. Human Resources has never taken any action to end President Tsokanos' ongoing inappropriate conduct.

In 2008, President Tsokanos proudly announced to many in the company that he "need[ed] a big swinging dick to lead the Midwest" while searching for a candidate to fill the head position for the Midwest region. The comment was widely circulated around the company.

MSLGroup has since made additional leadership changes under a new structure overseen by Arthur Sadoun, the CEO of creative agency network Publicis Worldwide.

Here, an original version of the suit: 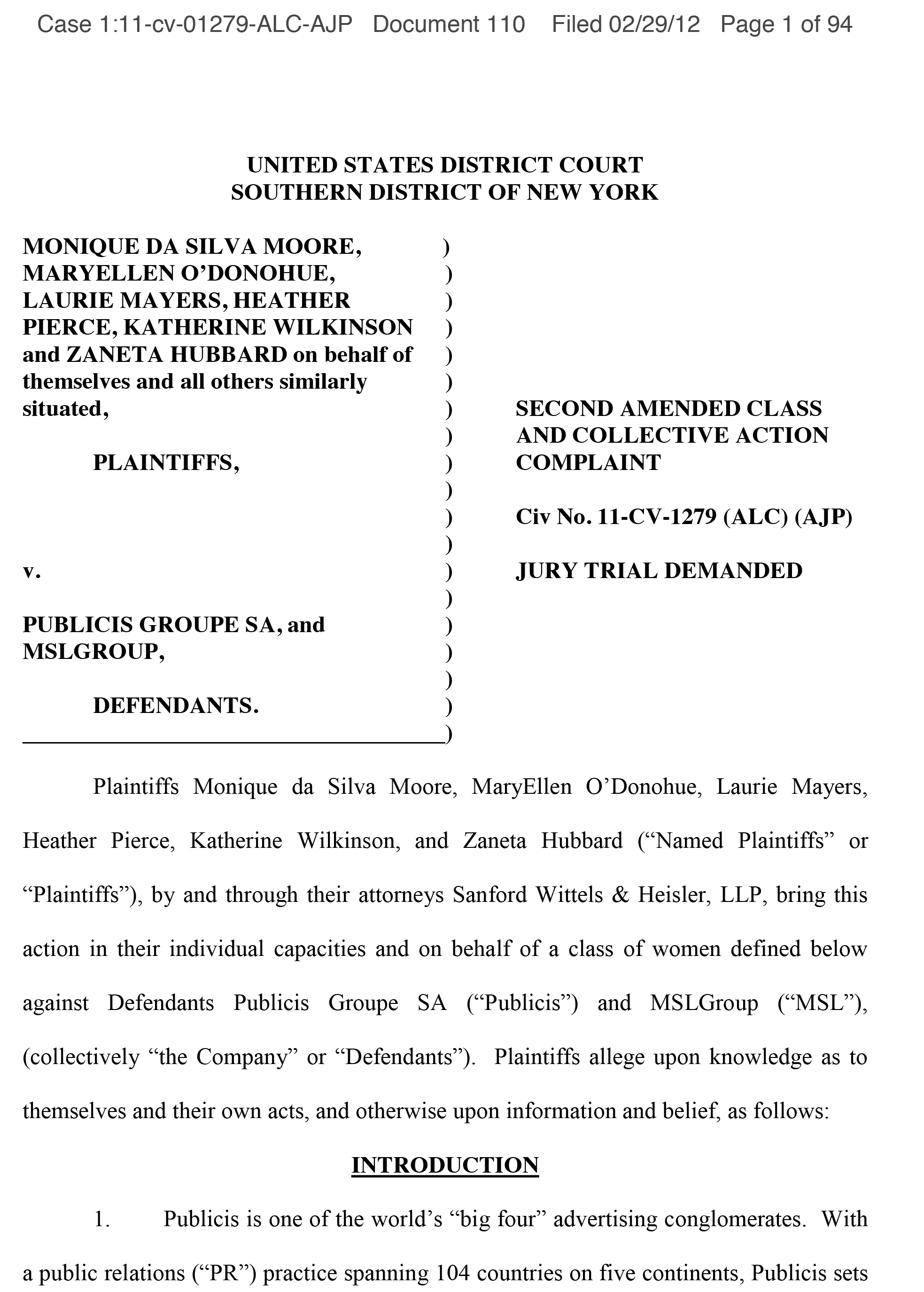 Bissell names McCann Worldgroup as its creative agency of record