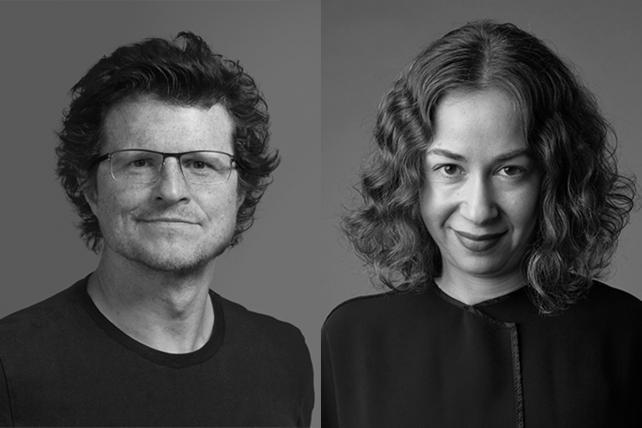 R/GA has promoted the creative team of Chloe Gotlieb and Taras Wayner from exec VP and executive creative directors to the newly created positions of joint chief creative officers for the U.S.

R/GA Founder-CEO Bob Greenberg and Vice Chairman and Global Chief Creative Officer Nick Law have been the agency's only other chief creative officers until now. Gottlieb and Wayner will continue to report to Law.

Gottlieb and Wayner, who have been working with each other for eight years, will work to spread the agency's "Stories and Systems" creative leadership model and philosophy across its six U.S. offices. The model, which includes different groups of up to 150 staffers working on multiple clients, focuses on building experiences or services for brands from the bottom up and then doing campaigns around them, said Gottlieb.

Wayner said the model helps R/GA differentiate itself in pitches from the likes of Droga5, Wieden & Kennedy and 72andSunny because it helps tell stories about services and experiences that are all connected by design. "Everything we do should and can connect," he said. A campaign "needs to be something that people can interact with and that's useful and simple, and it needs to tell them why they should care," he added.

While R/GA still combines the "classic teams" of art and copy at times, Law said the agency is able to "combine and recombine a broader and more diverse set of capabilities under the organizing principle of Stories and Systems."

"Chloe and Taras personify the tight collaboration of our model, the balancing of simplicity and possibility, of clear brand storytelling and systematic innovation," Law added.

Sharing a leadership role can present obstacles but Gottlieb, one of Ad Age's Women to Watch in 2016, said she and Taras uses the phrase "sharing is power" because they can cover more ground as a team.

Bringing together perspectives keeps work inventive because the friction leads to innovation, Gottlieb said. For example, while brainstorming for a client, she said she'll ask, "How do we make this a useful experience?" and Wayner will ask, "How can we make something interesting that moves at the speed of culture?"

When it comes to talent, Gottlieb said she and Wayner have been working to make space for more creative women leaders in the network. "I've been really head-down focusing on making innovative work my whole career, and as a result, it's an honor and privilege to represent women in creative having more of a voice, and now when I lift my head up, if I can help show someone else in R/GA or the industry that it's possible to do this, then that's a great benefit of having this platform," she said.

R/GA New York has also made a number of group executive creative director hires, including "storyteller" Genevieve Hoey, who joined from Wieden and will work with systematic lead Una Walsh on New York's Nike work; storyteller Megan Skelly, who comes from 360i and will partner with Erin Lynch on Verizon; and Steve Wakelam and Nick Pringle, formerly with Grey, who will lead creative for Samsung U.S. in partnership with Gaurabh Mathure, the product and service work leader.

R/Ga was No. 3 on Ad Age's A-List this year, lauded for its breakthrough campaigns with Samsung and the Ad Council, as well as its accelerator program and bolstering consulting business.