Digital Garage Is Financial and Strategic Partner; Heads of Tech and Data Announced
READ THIS NEXT
How Marcus Thomas is providing greater access to the industry for diverse high schoolers 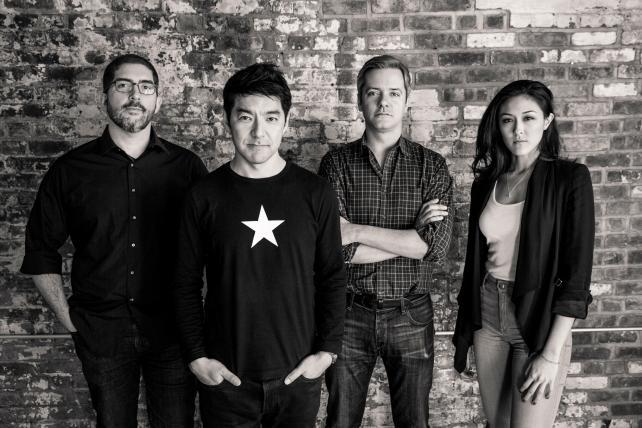 Last fall, former AKQA Global Chief Creative Officer Rei Inamoto and New York Managing Director Rem Reynolds departed the shop to open not a new ad agency, but what they described as a "business invention studio" that focused on design, data, technology and digital transformation. Its goals were to create its own intellectual property and work closely with clients on evolving their businesses in those areas.

Today Mr. Inamoto has announced more details about the company, revealing that Digital Garage, a Tokyo- and San Francisco-headquartered tech investment firm is its financial and strategic partner. Founded in 1994 by President and Group CEO Kaoru Hayashi and Joi Ito, the company is perhaps best known for investing in Twitter back in 2008 and, more recently, in digital media studio Betaworks. It's also backed LinkedIn and Kiip.

The financial support isn't the only asset it brings. Digital Garage also has a strategic partnership with famed tech innovation incubator MIT Media Lab, where Mr. Ito now serves as director. "Having MIT as a potential future talent pipe seemed like a good channel to have," said Mr. Inamoto.

Mr. Inamoto did not disclose how much investment Inamoto & Co has received from Digital Garage, but said that the shop will operate independently and that he and Mr. Reynolds are majority owners. 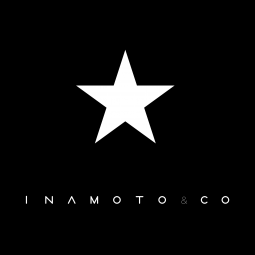 The Inamoto & Co logo is a simple star against black, a symbol co-founder Rei Inamoto has worn like a uniform over the years

Mr. Inamoto also unveiled the company's name, which is simply Inamoto & Co. The partners had been waiting for new leadership to join to decide on the shingle. "I was a little bit unsure about using my name as the name of the company, but Rem actually suggested it," Mr. Inamoto said. "Every other name we had was too convoluted, you had to explain it and became a very complicated story. We went with something recognizable, simple and that had value." Also, he laughed, "The domain name [inamoto.co] was available."

The company also announced key additions to its leadership. Will Turnage, former Senior VP-Techology at R/GA, signs on as director of technology, and Nathalie Torres, former director of analytics at the Engine Group as director of data. Mr. Turnage spent a decade at his former company, where he managed the New York office's technology department and played a key role in the agency's Tech Accelerator program. His main charge will be to oversee product incubation, but he'll also consult on the client side. Prior to Engine Group, Ms. Torres also previously held data science and business analytics roles at Digitas and AKQA.

Inamoto & Co currently has about 10 full-time and freelance staffers, working in design, strategy, UX and technology. The company is currently securing a new office in Brooklyn, where many of its team already reside. Inamoto & Co is now working with clients on undisclosed efforts, including one for a leading global apparel brand on its digital transformation initiatives.