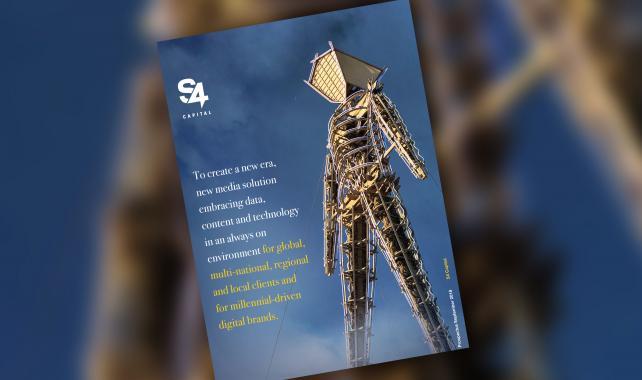 S4 Capital, the new venture helmed by former WPP chief Martin Sorrell, has issued a lengthy disclosure document describing the company for potential investors — and Sorrell separately weighed in with his own thoughts on what's next for his company.

In late May, less than two months after Sorrell stepped down as CEO of WPP following an internal investigation into alleged misconduct, Derriston Capital — a British firm focused on the medical technology industry — said it had reached an agreement to acquire S4 Capital, an investment vehicle backed by Sorrell. In July, S4 Capital said it would be acquiring Dutch digital production company MediaMonks.

In a meeting scheduled for September 27, Derriston Capital plans to vote on the reverse takeover. If it passes, S4 Capital should begin trading on the London Stock Exchange a day later.

The 189-page prospectus, issued earlier this week, describes the company's mission as "to create a new-era, new-media solution embracing data, content and technology in an always-on environment for global, multinational, regional and local clients and for millennial-driven digital brands." The document's cover has a photo from Burning Man, which Sorrell attended this year.

According to the document, S4 acquired MediaMonks in a deal valued at 300 million euros ($352 million). The prospectus describes MediaMonks' competition, saying the company operates in a highly competitive segment that is becoming more complex.

"In particular the integration of creative services and technology and the ability to deliver globally are viewed as being key to success," it says. "Moreover, a number of organizations that have traditionally been regarded as consultancy businesses with an emphasis on technological services in the digital marketing arena have begun to acquire creative operations and are therefore moving more directly to compete with combined operators such as MediaMonks," it reads, naming IBM, Accenture, Deloitte and PwC.

That's an interesting statement, given that while he was at WPP, Sorrell had declared the idea of consultants threatening holding companies as "fake news" and said they weren't "eating WPP's lunch."

In a list of potential risks for investors, S4 also outlines the potential of interests by significant shareowners conflicting with those of other shareholders.

Upon admission, the company's directors will include Sorrell as executive chairman and Rupert Faure Walker (who advised WPP on its acquisitions of JWT, Ogilvy & Mather and Cordiant, the document says) and Paul Roy (who the prospectus says has over 40 years of experience in banking, brokerage and asset management industries), as non-executive directors.

"Listening to clients of all kinds, it seems apparent they want these services delivered faster, better and cheaper, by more agile and responsive organizations, either co-located with them or alone. To this end, S4 Capital will be organized primarily on a unitary basis, with key people continuing to be incentivized through significant equity ownership in the enterprise as a whole," the Sorrell statement says. "S4 Capital believes that this strategy and structure will deliver significant long-term value for shareowners, particularly through organic growth, supported by strategically-focused acquisitions."

With its acquisition of MediaMonks, Sorrell says the venture is already working with brands including Adidas, Corona, Google, Johnson & Johnson, Netflix and Shell. The company is also looking to expand into "new high potential growth territories" including Germany, India and Japan, he says in the statement.

"The $1 trillion advertising and marketing services industry is changing rapidly. Clients have had to deal with modest GDP growth, little inflation and hence limited pricing power and pressure to reduce costs for the last 10 years, since the Lehman crisis," the statement says. "At the same time, digital transformation has disrupted innovation, manufacturing, distribution and marketing. The communications services industry itself has faced potential disruption from new-media companies, predominantly Google, Facebook, Amazon, Alibaba and TenCent, from the consulting companies, from in-housing and from startup millennial driven brands."

"Whilst this is a very challenging environment in many respects, the industry's scale and continued growth, particularly in the digital, media and data areas, offer tremendous opportunity to well-funded, agile and entrepreneurial disrupters," continues the Sorrell statement. "Welcome back to the future."