In a switch, Cannes to name Spotify Media Brand of the Year (bye for now, Media Person) | Ad Age
Skip to main content

In a switch, Cannes to name Spotify Media Brand of the Year (bye for now, Media Person) 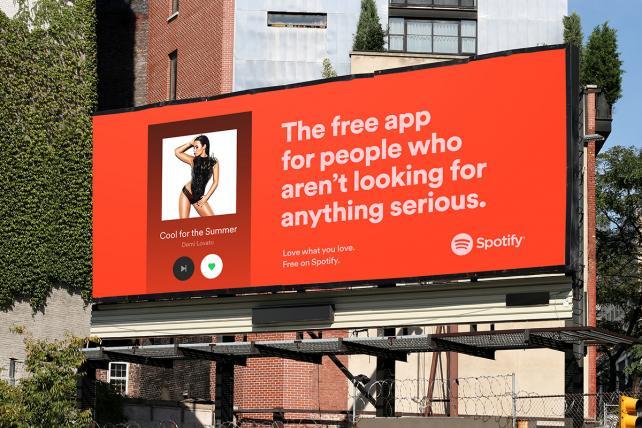 The Cannes Lions International Festival of Creativity plans to name music-streaming platform Spotify its 2018 Media Brand of the Year later this month.

The award is typically received by individuals (as "media person of the year"), and in past years has honored former Microsoft CEO Steve Ballmer, former YouTube CEO Salar Kamangar and Facebook founder and CEO Mark Zuckerberg.

The honorees from 2007 to 2017 were men. Cannes Lions did not immediately respond to an inquiry on how diversity factors into the decision.

This year, Daniel Ek, Spotify's co-founder, chairman and CEO, will accept the award on behalf of the company and its more than 3,000 global employees. "While I can appreciate that this award normally recognizes a single individual, I didn't embark on this journey alone," he said in a statement. 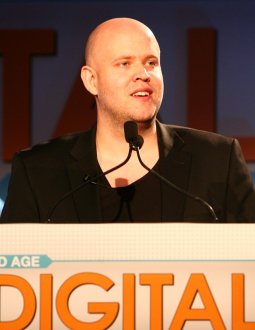 The award will be presented June 20 during the Cannes Lions festival.

The streaming service, which says it has over 170 million users in 65 markets, launched 10 years ago and was honored as Ad Age's 2018 in-house agency of the year. Its recent work includes "RapCaviar Pantheon," an exhibit at the Brooklyn Museum that honored modern-day hip-hop stars in 3-D-printed Greco-Roman-style sculpture; "I'm With the Banned," a platform to support musicians caught up in President Trump's travel restrictions; and a global outdoor campaign that turned listeners' 2017 data into ridiculous 2018 "#goals."

"The brand has a lot of permission to sort of comment on culture and what's going on," Spotify CMO Seth Farbman told Ad Age late last year. "There was a role for the brand to create levity during otherwise concerning times. It's soothing to know you're part of something and that others have the same kind of attitudes and feelings as you. But it's lighthearted, too. Certainly this past year the world has needed a little levity to go along with all the seriousness."

The company won six Cannes Lions in 2017 for campaigns including "Thanks, 2016...It's Been Weird," and "President of Playlists." Last year, when former President Barack Obama—who famously organized Spotify playlists on themes like summer and workouts—quipped that he was still waiting for his job at the music streaming service, the company kept the bit going, posting a job listing for the title of "President of Playlists," requiring a candidate with a Nobel Peace Prize and "experience in programming playlists at a federal level."

Global Creative Director Alex Bodman previously told Ad Age when he set out to build the brand's creative department that he wanted "the industry's most audacious thinkers, who needed to be open-minded to working in a different kind of environment."

Ascential Events CEO and Chairman-Elect of Cannes Lions Philip Thomas said in a statement Spotify has "transformed the way we engage with music."

"In the 10 years since Daniel and his team launched the service it has gone on to reshape the future of media and transform how artists and brands communicate with their audiences," he said.

Spotify also rolled out a new free, ad-supported version in April. In its statement, Cannes Lions said the new version gives Spotify's 99 million ad-supported users more control and personalization, and pointed to the platform's ability to make connections between advertisers and "highly engaged users based on the platform's specialized understanding of people through their music streaming behavior."

Spotify reported ad-supported revenue of 102 million pounds in the first quarter, up 38 percent from the quarter a year prior. The company is not profitable.