Existing MDC shareholders would own bigger stake in merged company under revised terms
READ THIS NEXT
Women are rising at agencies, but is it enough? 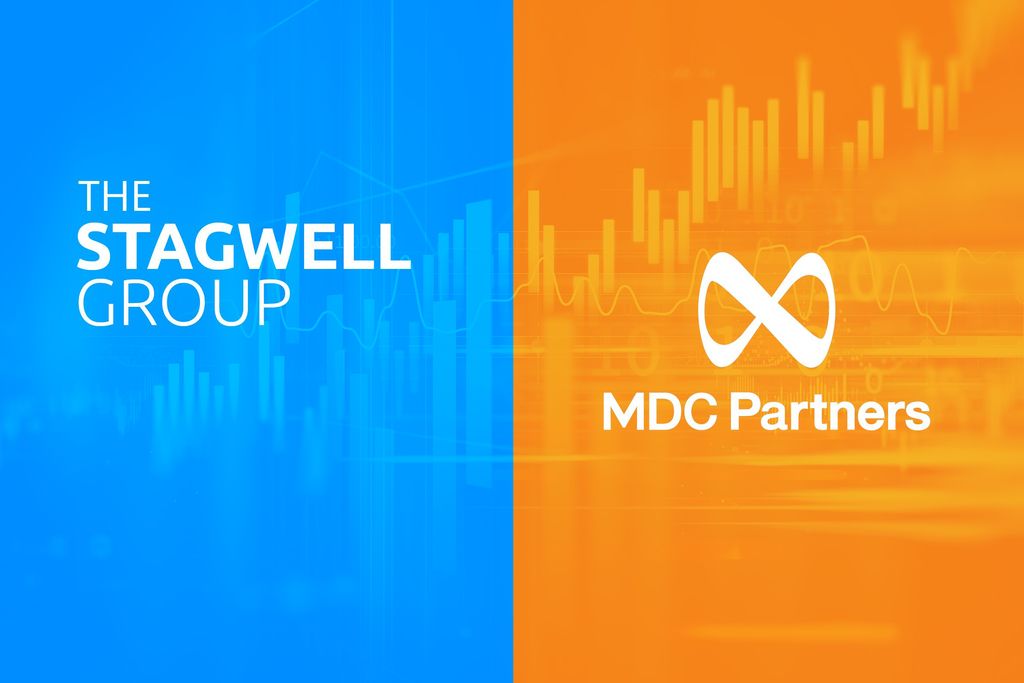 The Stagwell Group made a concession in the terms for its proposed merger with MDC Partners in the face of opposition from Indaba Capital Management, one of MDC's biggest shareholders. But Indaba quickly rejected Stagwell’s offer.

Under proposed revised terms, existing MDC shareholders would own an approximately 30% stake in the merged company, according to Stagwell’s calculations, up from the 26% stake announced when MDC and Stagwell came to terms on the deal last December.

Upon the deal's completion, MDC would change its name to Stagwell Inc.

Mark Penn, managing partner of Stagwell and chairman-CEO of MDC, revealed the proposed new terms in a Stagwell press release today and in a letter Sunday to Irwin Simon, chair of the special committee of MDC’s board. Stagwell is MDC’s largest shareholder.

“We are making this one-time, best and final offer in order to drive this transaction to a smooth approval and quick closing,” Penn said in the press release. “It’s deal or no deal time.”

Penn made this concession after Indaba late last month objected to the deal, saying “current terms do not provide anything close to fair consideration to shareholders.”

MDC shareholders are set to meet virtually June 22 to vote on the merger. In a May 26 letter, Indaba said it intended to vote against the deal, though “Indaba could potentially support a combination if it included terms that provided appropriate value to all shareholders. Most importantly, we believe a reasonable pro forma ownership for [MDC] shareholders should be in a range of 37.5% to 40%—not the 26% proposed.”

“We do not support the revised offer, and we think it’s in Mark Penn’s interest to find a compromise and a solution,” Schrier said. “We believe it is in Stagwell’s interest to put a fair offer on the table.”

Rather than having MDC shareholders accept the new offer, Schrier said, MDC would be better off staying independent than merging with Stagwell. MDC is performing very well, and there is “much more uncertainty about Stagwell than there is about MDC,” he said.

Schrier reiterated his concerns about what he sees as a conflict of interest with Penn’s roles at Stagwell and MDC. “The conflicts of interest are really obvious and very serious,” he said. “We just feel like they’ve gotten in the way of fiduciary duties.”

MDC’s special committee in late May responded to Schrier’s assertions, saying the committee had “negotiated with Stagwell for many months on behalf of MDC shareholders, from an arm’s length perspective, with the advice of independent financial advisors and its own lawyers.”

Penn in late May also responded in a press release, saying: “I have done my best to maximize value for all. Stagwell is MDC’s largest shareholder and has a vision that, I think, can provide all shareholders with great returns.”

Penn, in his June 6 letter, said Stagwell was providing “an indication of modifications that Stagwell might reasonably accept if it moved the deal to a prompt and speedy conclusion with unquestioned and broadened support. We are willing to go the extra mile here in the best interests of the company and its employees who have waited patiently for this combination and whose futures hang in the balance.”

“We believe that the impact of the sum of these changes is an obvious and material improvement for MDC shareholders and hope that the prospect of these possible changes will enable this deal to close successfully and on time,” Penn said in the letter. “I have no authority to offer anything beyond this potential shift and Stagwell has no intention under any circumstances to provide any additional time for the closing and will hold the committee to its prompt meeting requirements.”

In a filing, MDC said the special committee, in consultation with its legal counsel and financial advisors, "is carefully reviewing and considering the Stagwell letter to determine the course of action that it believes is in the best interests of MDC and its shareholders."

In addition to the proposed revised terms, Stagwell also revealed its intended designees to MDC’s board contingent on the deal’s closing. Stagwell’s proposed directors include one big name in advertising: Paul Richardson, who stepped down as WPP’s group finance director in May 2020.

MDC today also announced, “based on input from shareholders and in anticipation of becoming a controlled company,” that MDC and Stagwell had agreed to ensure that, following the merger, a majority of the board would be independent directors. In the announcement, board member Simon said: "We’ve listened to our shareholders and made changes that reflect our commitment to strong governance, respect for minority shareholders and director independence."

In a filing today, MDC also revealed a new company name: "MDC is announcing that, upon the completion of the transaction, it intends to change its name to Stagwell Inc."