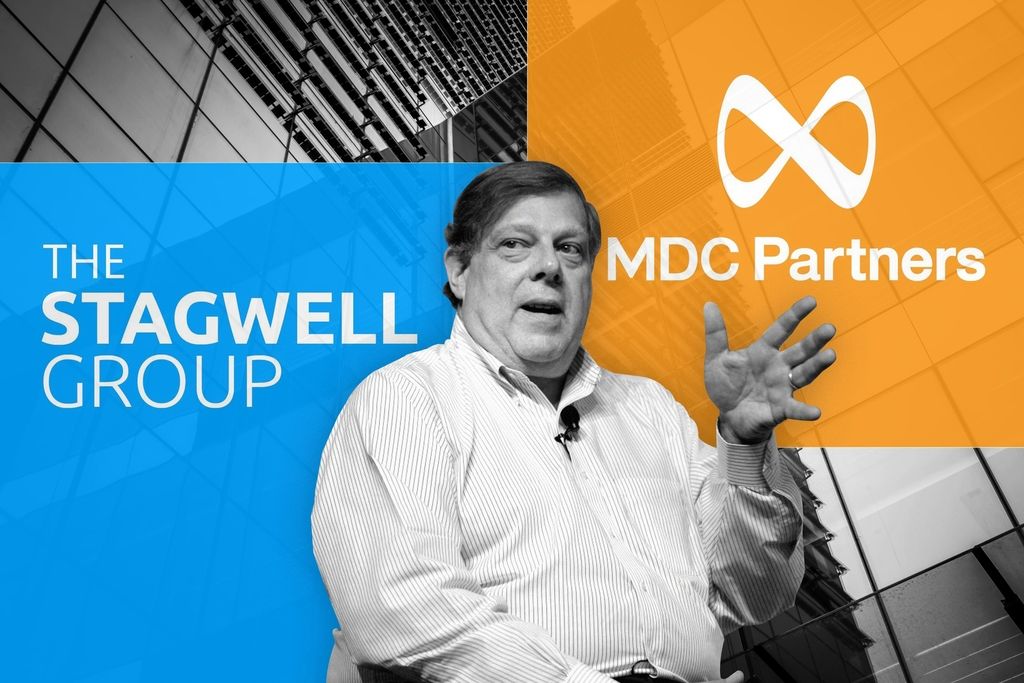 The Stagwell Group has revised its merger proposal for MDC Partners, offering to accept fewer MDC shares in the transaction in hopes of getting other MDC shareholders to vote for the deal. But a key shareholder says it still intends to vote against the merger.

“After suggesting a potential revised offer on June 6, we went through a process of consulting with major shareholders and believe, based on those discussions, we are now in alignment with major holders,” Stagwell said in a press release this morning. “This should enable the [MDC board] Special Committee expeditiously to assess and approve the revised offer, amend the approved transaction and reschedule the MDC shareholder meeting for July.”

MDC previously had set a special meeting of shareholders for June 22 to vote on the merger with Stagwell, MDC’s largest shareholder.

Indaba Capital Management, one of MDC’s biggest shareholders, said it still opposes the deal. Indaba has been pressing Stagwell to offer better terms for MDC shareholders.

In a statement this afternoon, Derek Schrier, managing partner of Indaba, said: "Indaba believes that Stagwell’s revised offer—which follows its purported best-and-final offer last week—is inadequate. In our view, this highly caveated revised offer fails to provide MDC’s shareholders with fair consideration. It appears the market shares our view based on the fact that MDC’s share price moved no more than the Nasdaq today."

Stagwell and MDC announced a merger last December in a deal negotiated with the MDC board’s special committee. But in the face of Indaba’s public challenges about terms of the deal, Stagwell revised its offer.

Mark Penn, managing partner of Stagwell and chairman-CEO of MDC, made the revised proposal in a June 12 letter to Irwin Simon, chair of the special committee.

Stagwell today issued a press release, a slide deck and a video arguing for the deal. Stagwell declined to comment beyond its disclosures.

In a statement released today by MDC, the special committee said:

“We continue to support the combination of MDC and Stagwell, which offers MDC the chance to partner with a leading digital and technology-focused marketing business to create profitable growth opportunities and a better company. The Special Committee is encouraged by Stagwell’s attention to the views shared by certain MDC shareholders and welcomes Stagwell’s willingness to address that feedback in a meaningful way. The Special Committee and its advisors will move quickly to review and evaluate Stagwell’s proposal with the goal of being in the position to make a recommendation to MDC shareholders as soon as practicable with respect to the revised offer.”

Under the new proposal, MDC said, existing MDC common shareholders would own “approximately 30%” of the combined company. (Indaba has previously argued MDC shareholders should end up with a stake “in a range of 37.5%-40%.”)

Under the new terms, Stagwell would receive 185 million MDC shares in what Penn called Stagwell’s “best and final offer to the committee.”

That’s down from about 196 million shares that Penn proposed a week ago in an earlier “best and final offer”—one that Indaba quickly rejected.

Under terms of the deal reached in December, Stagwell would receive about 216 million shares.

In his statement, Indaba's Schrier said: "Although Stagwell contends that it has consulted with major shareholders regarding its new offer, we have not heard from Mr. Penn, his representatives or MDC’s Special Committee for more than three weeks."

In the statement, Schrier said: "We believe many shareholders support the proposed combination. With this context in mind, we contend that even supportive shareholders want to be fairly compensated beyond the 30% share consideration proposed today. If Stagwell wants to come to the table and have a good faith discussion with us, we would be willing to work towards a mutually agreeable resolution and consider signing a voting agreement. But we will not vote to support a transaction that includes unreasonable and unfair terms."