READ THIS NEXT
Samsung’s reality show looks to capture more than pictures and Dentsu hires a DE&I executive: Agency Brief 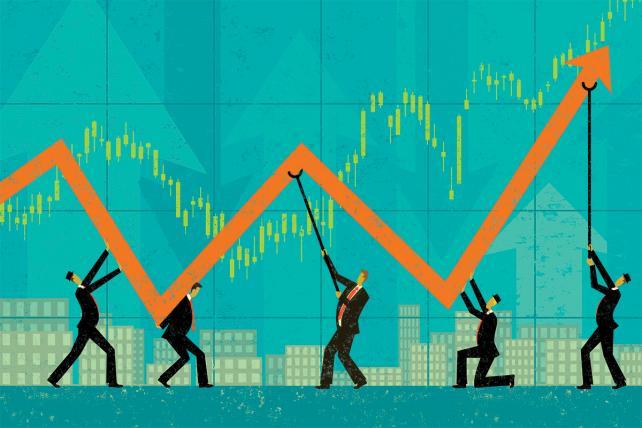 That's roughly even with the IPG Mediabrands agency's June forecast of 3.4 percent growth this year, excluding the impact of cyclical events such as political campaigns and the Olympics.

Despite the new high on the horizon, the market is actually seeing smaller growth than last year, according to Magna's new report Wednesday. After ad spending contracted by 20 percent from 2007 to 2009, it didn't completely rebound to 2007 levels until 2015 and didn't surpass them until 2016.

"We're saying there is a slowdown this year," says Vincent Letang, executive VP of global market intelligence and author of the report. "It's not growing as much as it was last year, but we were expecting that."

He says 2016 was itself a record year in terms of advertising growth, at 5.9 percent, with strong digital spending and better-than-expected TV outlays. Digital ad sales grew by 17 percent in the first half of 2017, showing little slowdown from 2016's full-year growth of 20 percent.

"This year, digital is still strong, but TV is struggling a little bit," Letang says.

In a good quarter for TV, airtime and inflation and supply erosion "off set each other to provide revenue stability," the report says. But that's shifted in the first half of this year as TV ratings fell 14 percent and networks like Viacom cut commercial time at key networks, Leszega says.

National TV ad sales, the report said, are being hit by "dwindling spending" from four of its top ten verticals, including food, finance, automotive and movie releases, which are adjusting marketing and advertising spend to plateauing or declining sales year-to-date.

But some have pointed to the possibility of fallout from last year's Association of National Advertisers report from investigations firm K2 on media transparency. K2's report alleged that media agencies were regularly taking incentives from vendors including media sellers without passing the benefits back to advertisers.

Last month, Pivotal Research analyst Brian Wieser told Ad Age there was "at minimum a coincidence between the timing of the release of the K2 report and the sudden deceleration in U.S./North America organic revenue growth for the holding companies, which began in the third quarter of last year."

"It's hard to believe that it hasn't had some impact in terms of clients looking to tighten up contract language," he said at the time. "This is reinforced by my conversations with marketers who have only recently learned about how their contracts have allowed for agencies to generate authorized but undisclosed markups. But I also think that a slowdown in spending on media from large marketers is at play, as is zero-based budgeting."