Teens Get That It's Dangerous ... but Still Think They Can Do It Safely
READ THIS NEXT
Samsung’s reality show looks to capture more than pictures and Dentsu hires a DE&I executive: Agency Brief 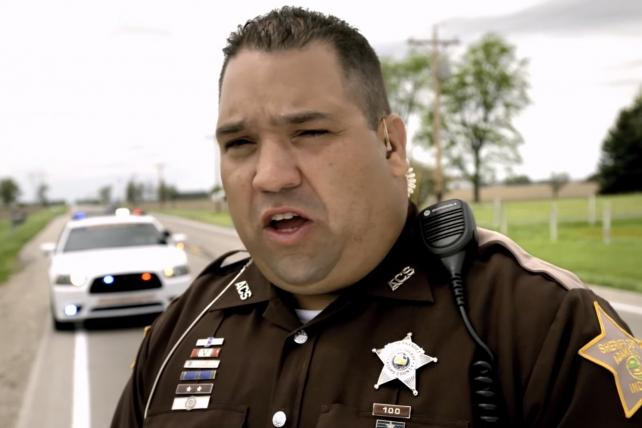 A scene from BBDO and Werner Herzog's documentary about texting while driving.
Credit:

AT&T's "It Can Wait" campaign against texting while driving has generated good awareness but hasn't significantly changed teenagers' behavior, according to proprietary AT&T research obtained by Ad Age.

Now the mobile giant is trying to improve the results and moving responsibilities for the campaign to digital shop MRY from Omnicom creative giant BBDO, according to people familiar with the situation.

MRY, part of Publicis Groupe, won the assignment after competing in a pitch against agencies like independent digital shop Code and Theory and the hipster media-and-marketing empire Vice, in which WPP Group has a stake, the people said.

The shift shouldn't affect AT&T's larger relationship with BBDO, which serves as lead brand agency for the mobile giant, but lets MRY show the marketer what it can do. MRY has not worked with AT&T before.

"It Can Wait" rolled out in 2010, using TV, print, radio, digital and social media to ask teens to pledge not to text while driving. TV commercials for the national effort featured teens' final texts before they died in car accidents, with end tags like "No text is worth dying over."

More recently, BBDO worked with director Werner Herzog to make a harrowing documentary that put a human face on tragedies resulting from bad driving habits. The film, which was distributed in 40,000 high schools, was also backed by T-Mobile, Sprint and Verizon.

In 2012, awareness of the dangers of texting while driving rose to 69% of teens in November from 60% earlier in the year, the company found. And according to an AT&T research document dated Feb. 11 outlining 2013 results, the campaign had generated more than 4 million pledges.

AT&T also conducted a focus group around young teens drivers, who acknowledged that "they could be safer, but they're doing it 'responsibly,' so there is no reason to stop."

"If this evidence is any indication, the tone of this campaign should include consequences, accurately stated, not exaggerated," the AT&T research presentation says. It's unclear exactly what that means, but suggests the effort might focus on tapping "into drivers' fears about hurting someone else -- the worst potential consequence, as they see it." The tone should also be "hard-hitting, but not to the degree that it points the finger at them."

Anti-texting driving technology will also continue to be a focus. In 2011, AT&T introduced the DriveMode App, which auto-responds to texts while the user is driving.