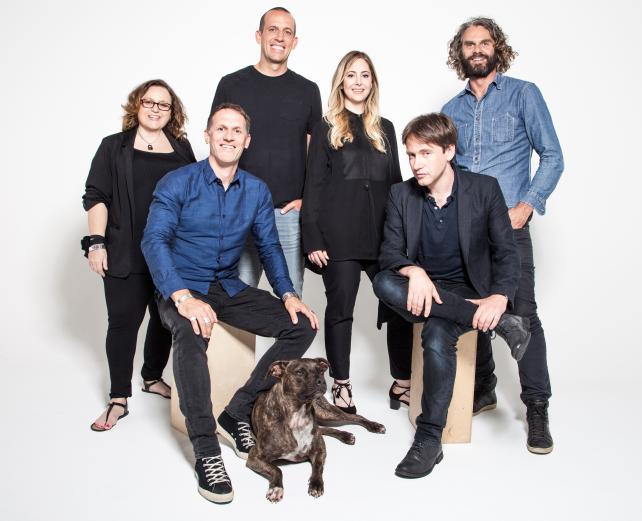 TBWA/Chiat/Day Los Angeles has bolstered its executive leadership team with a number of internal moves. Executive Creative Director Brent Anderson, a TBWA vet for more than a decade, steps into the role of chief creative officer, while Group Planning Director Neil Barrie, who joined the agency in 2012, becomes chief strategy officer.

Mr. Anderson, a graduate of Brigham Young University, joined the shop in 2004 as a senior art director on the Nissan account, but has gone on to lead creative on major accounts such as Gatorade, Airbnb, the Grammys, Visa, Adidas and more. In his new post, he will assume day-to-day leadership of all creative across all accounts. Notable work he has led includes Gatorade's highly decorated "Replay" campaigns, along with more recent endeavors such as the touching Derek Jeter "Made in NY" tribute and hilarious prank spots starring the Manning brothers and Cam Newton, as well as Airbnb's much-talked-about "Is Mankind" push.

Mr. Barrie came to the agency in 2012 after serving as partner and strategy director at BBH London's ZAG. Before entering the agency world, he worked as a touring indie-rock musician. His career has seen him leading brand strategy for clients including Airbnb, Disney, the Grammys and Pepsi Max.

"Brent is an incredible talent and has been an integral part of our progress in his time at the agency, and especially in recent years," said Mr. Butler in a statement. "He is also a natural, effective leader, and the ideal and obvious choice to help guide the evolution of our creative product and the next wave of our agency."

"As an agency of our size and scope, we needed to expand the depth of our executive team to better incorporate both vision-focused and product-focused leaders at the top," added Mr. Barham in the statement. "We've elevated Brent and Neil, who are equally distinguished for their mastery of craft as for their passion for our business and our agency, to ensure that the executive team remains as connected to the product as possible."

The promotions come during the office's most successful run in six years at Cannes. The agency earned 10 Lions and had 31 shortlisted entries across Cyber, Innovation, Mobile, PR, Outdoor and Film Craft, for clients Airbnb, Gatorade, the Grammys and Nissan.