Agency taps the Anomaly vet for post that has been vacant since 2019
READ THIS NEXT
Massachusetts sues Publicis Health, alleging it ‘fueled’ opioid crisis in state through its work for Purdue Pharma 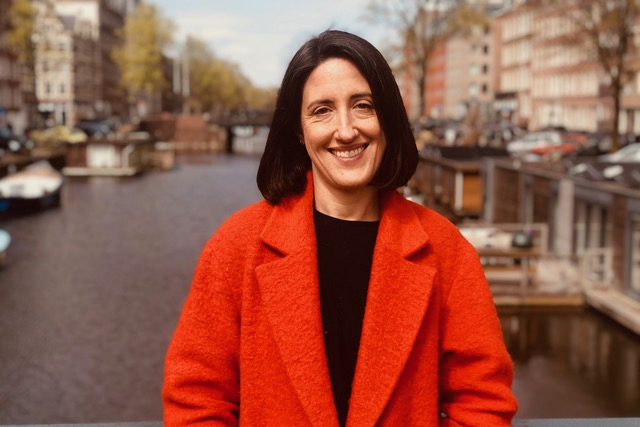 Fève moves from Anomaly Amsterdam, where she was partner and chief strategy officer, overseeing the planning discipline for the agency’s Amsterdam and Berlin offices. She had joined the agency in 2012 to lead planning in Amsterdam and built out a multi-disciplinary team that has worked on clients such as Converse, Johnnie Walker, Ikea, T-Mobile and Bulgari. Prior to Anomaly, she served at Wieden+Kennedy Amsterdam as the global planning lead on Coca-Cola. Other previous stints included roles at BBH London and JWT.

“Many agency leaders would be content to be making work that makes the rest of the world jealous,” said Fève in a statement. “What I love about Brent and Katrien, and the team they have built, is that their track record of enduring, iconic work is paired with a real hunger for innovation and disruptive creativity.”

Fève fills a global post that has been vacant since the departure of former Global Chief Strategy Officer Nick Barham, who left the agency in 2019.

“We looked long and hard to find the right candidate for the role, identifying someone who could not only guide our strategic offering at a global level, but also play an active role to shape the agency and the work we create, as we look to the future,” added DeBauw. “Her experience creating work at a global and local level, in markets across every continent, is invaluable and gives her a unique point of view and experience creating work that can feel both global and local simultaneously.”

Fève joins after a prolific creative year for TBWA\MAL, during which it produced work for Apple, such as the genre-sweeping “Vertical Cinema” iPhone film directed by Damien Chazelle (“La La Land”); a humorous ad about “oversharing,” promoting iPhone privacy; and the recent double-dutch-themed AirPods Pro spot that debuted during the Grammy Awards.