Hearts & Science awarded the London market
READ THIS NEXT
Cannes plans may change: Hybrid virtual and in-person event under discussion 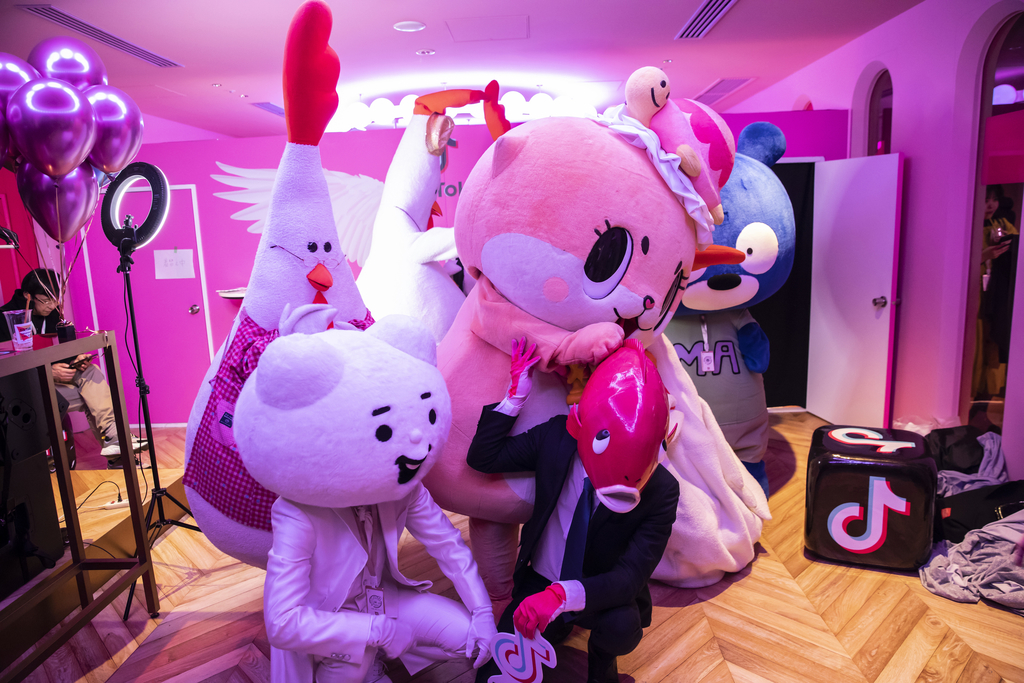 People dressed in costumes pose for photographs during the TikTok Creator's Lab 2019 event hosted by Bytedance Ltd. in Tokyo, Japan, on Saturday, Feb. 16, 2019

TikTok concluded its search for a global media partner with the selection of Omnicom Media Group's PHD. As global media agency of record, PHD will be responsible for all of the short-form video app's media-buying and planning duties across all channels worldwide.

PHD will operate the account, effective immediately. TikTok's London market is the only one that will be handled by PHD sibling agency Hearts & Science.

TikTok previously worked with Interpublic Group of Cos.' Initiative in the U.S. on a project basis. An agency spokesman said the agency declined to participate in the review.

People close to the review said that Dentsu, Publicis and WPP agencies participated.

"This is one of the clients for us that are really wonderful," PHD U.S. CEO Nathan Brown told Ad Age. "They have huge growth ambitions and they are looking for an agency that's focused on growing through doing really smart things, not through cheap, procurement-led media pitching."

Brown noted that "the last three or four years have been plagued by big pitches" driven solely on which agency can offer the lowest costs for its services but praised TikTok as being "1,000 percent focused on growth in the right way."

This selection comes after TikTok recently concluded a U.S. creative review that resulted in the hiring of Santa Monica California's RPA; Montreal-based Sid Lee and Channel, a small creative and production shop from San Francisco.

The reviews come as TikTok aims to build better brand recognition and differentiate itself from other social-media platforms. People familiar with the business have said TikTok wants to compete more as a content platform with the likes of YouTube.

Brown said TikTok aims to be "all about shameless fun, a space and place to feel safe and be able to find like-minded people around fun, upbeat content." Part of PHD's job will be to push that positioning across all global markets to ensure consistency.

Still, TikTok faces its own set of challenges. Owned by Chinese tech firm ByteDance, the app has come under fire in the U.S. and U.K. for the way it not only stores and manages the personal data of underage users—but allows adult users to interact with them.

In February, TikTok was ordered to pay $5.7 million to settle Federal Trade Commission allegations that Musical.ly (which merged and was folded into TikTok last year) illegally stored data from underage users and refused parents' requests to delete it. The FTC also raised concerns on how adults can contact children through the app's open-messaging system. Regulators in the U.K. began a similar investigation.

TikTok said in February that the data collection in question was no longer standard practice and had taken place before Musical.ly and TikTok merged. TikTok then launched a series of safety videos and began filtering younger users into an app experience with stricter protections.

R3 Co-Founder and Principal Greg Paull estimates TikTok's global media spend to be $50 million and called the app "the Instagram for the mobile video age in a way that Instagram itself won't be able to reproduce." (TikTok and PHD both declined to comment on or confirm R3's spend estimate.)

"While Vine may have introduced the concept of short-form video, TikTok made video editing incredibly simple," Paull explained. "You don't need to be a video expert to put together clips with a range of effects."

He cited an interesting hire by TikTok that he says represents "an increased focus on growing the app's presence in the U.S." TikTok named Vanessa Pappas, former YouTube head of creative insights, as its first general manager for the U.S. "The app recently started testing ads and has been heavily spending on marketing in recent months, an approach that’s blanketed competitors like Facebook, YouTube and Snapchat with ads promoting the app," Paull added.