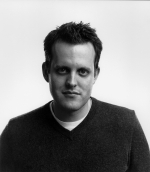 Kevin Proudfoot
A little less than a year after 20-year agency veteran and former Wieden, New York, office head Buz Sawyer left the shop, two other top creatives, Kevin Proudfoot and Jerome Austria, are now on their way out, too.

Google representatives couldn't be immediately reached for comment. That unit of the search giant's operations is run by Andy Berndt, a onetime Wieden exec, and Robert Wong.

Meanwhile, Mr. Austria, who was promoted to executive creative director less than a year ago, is said to be pursuing other opportunities.

"These two men will be dearly missed," said shop co-founder Dan Wieden. "Kevin has spent most of his career here, and it has been a damn brilliant one. Jerome lit our digital lamp and turned the wick up. We will address the future in the days ahead. Today, we want to thank these guys for everything they have done for us."

Neal Arthur, managing director of the office, whose clients include Delta and ESPN, said a search is already under way for their replacements.