Agency Was Sued for Allegedly Sending Unwanted Text Messages for U.S. Navy
READ THIS NEXT
Creative collective Saturday Morning adds five to its board of directors 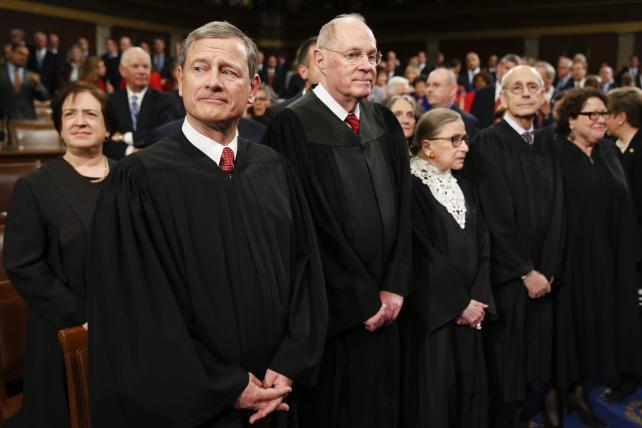 The U.S. Supreme Court has refused to give businesses a new tool for stopping class action lawsuits, saying a defendant can't end a case simply by offering full payment to the lead plaintiff.

The 6-3 ruling is a setback for Interpublic Group's Campbell-Ewald, which was sued for allegedly sending unwanted text messages as part of a contract to help the U.S. Navy with recruiting.

The Campbell-Ewald case was one of several pending Supreme Court disputes that business advocates hoped would strengthen their hand against what they see as abusive consumer and class action litigation.

The court instead issued a ruling that might help undercut its pro-business reputation. Writing for the court, Justice Ruth Bader Ginsburg said plaintiff Jose Gomez's rejection of Campbell-Ewald's settlement offer meant that a federal trial court still had a live dispute to resolve.

"The parties remained adverse; both retained the same stake in the litigation they had at the outset," Ms. Ginsburg wrote.

Ms. Ginsburg characterized the ruling as a narrow one that didn't preclude other avenues for ending litigation. She mentioned the possibility that a defendant could go further by depositing money in an account payable to the plaintiff and then asking a judge to issue a final judgment.

One of the concurring justices, Stephen Breyer, had raised that idea during arguments in October. Ms. Ginsburg, however, said the court wasn't deciding whether that step would be sufficient.

Mr. Gomez said he received multiple messages without his consent in violation of the U.S. Telephone Consumer Protection Act, a law that authorizes damages of up to $1,500 per unauthorized text. The suit seeks class action status on behalf of as many as 100,000 people who received the messages.

Campbell-Ewald sought to resolve the case by offering to pay Gomez $1,503 for each message he received.

The case revolved around a 1991 law that businesses say has become a magnet for abusive classaction litigation.