Mad Ave Better Take Note -- You Are Digital, or You Are Very, Very Unimportant
READ THIS NEXT
R/GA closes New York and San Francisco office spaces amid larger restructure

Digital services accounted for an estimated $8.5 billion (28%) of the $30.4 billion in 2010 U.S. revenue generated by the 900-plus advertising and marketing-services agencies that Ad Age analyzed for Agency Report 2011. 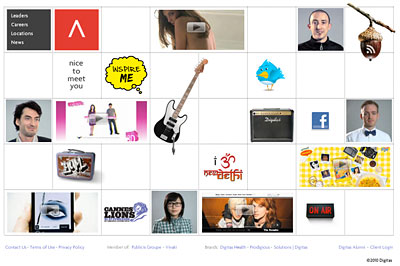 One point is clear: Digital has become a standard tool across every agency discipline.

To be sure, six in 10 digital dollars -- or $5.1 billion -- last year went to digital-specialty agencies such as Publicis Groupe's Digitas and Sapient Corp.'s SapientNitro.

The second biggest portion -- $2 billion -- went to agencies whose core business is direct marketing or customer relationship management. Ad Age estimates direct-marketing/CRM agencies generated 42% of U.S. revenue from digital services in 2010. (Distinctions blur between digital agencies such as Digitas, which began in 1980 as direct shop Bronner Slosberg Humphrey, and direct/CRM powerhouses such as WPP's Wunderman network, which has amassed deep bench strength in digital.)

The remaining portion of revenue -- roughly $1.4 billion -- was spread across agencies focused on disciplines including advertising, promotion, health care and public relations.

But agency titans are very much in the mix. Leo Burnett Worldwide/Arc, a Publicis ad/marketing-services agency, boasts it has "more digital experts (325 in just the U.S.) than most standalone digital agencies."

Digital makes up a growing share of revenue across agency disciplines.

Carlson Marketing, a loyalty management and marketing-services firm owned by Groupe Aeroplan, last year generated nearly one-third of U.S. revenue from digital, up from 25% in 2009.

Ad Age DataCenter arrived at its estimate for digital's 2010 share of overall U.S. agency revenue -- 28% -- through a bottoms-up analysis of agencies based on input from more than 1,000 agencies, agency networks and agency companies. The figure, as it happens, tracks with global claims of two agency giants: WPP and Publicis said digital accounted for 29% and 28%, respectively, of their 2010 worldwide revenue.

Wall Street places a premium on all things digital. But two agency firms -- Omnicom Group and Interpublic Group of Cos. -- decline to float a specific digital percentage, arguing that digital is too integrated in their offerings to be parsed out.

Omnicom President-CEO John Wren got to the crux of the matter on a call with stock analysts last October: "Fundamentally, I believe that anything that's not digital will soon be digital or soon be very, very unimportant."