And more of the latest industry moves
READ THIS NEXT
Agencies of the future may be unrecognizable—that’s a good thing
Cameron Farrelly
Credit: Virtue

Virtue appointed Cameron Farrelly its chief creative officer of North America. He joined the agency in 2016 as group creative director, leading creative efforts in the Brooklyn office. Now he will oversee the offices in Los Angeles and Canada as well, nearly a year after Vice Media merged Carrot Creative into Virtue Worldwide. Previously, he was an executive creative director at Universal Music Group and helped launch the company's creatve agency, Bring. 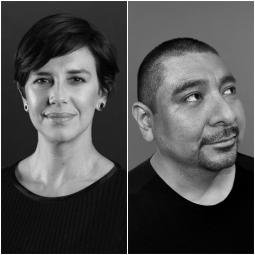 Kim Laama and Will Esparza 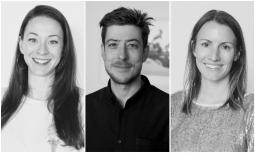 Firstborn promoted Emily Khalil from director of production to vp of production, Jeremy Elliot from ACD to creative director and Jessica Tainsh from art director to associate creative director. Khalil joined the agency in 2016 and has held positions at Makeable and The Wonderfactory. Elliot will lead creative direction for Adidas Originals and NYU Langone Health. Previously he worked at The Barbarian Group and Fluid on accounts including Samsung, Puma, Levis, Target and M&M's. Tainsh joined from Williams in 2016 and has worked as a graphic designer in Paris and Sydney.

Leviathan hired Creative Director Cody Tilson and promoted Kyle Shoup to executive creative director. Most recently, Tilson was an associate creative director at Digital Kitchen in Chicago, and he has held positions at Blast Radius and Designkitchen, working with clients including Blizzard Entertainment and HBO. He also spent six years as senior designer and art director at Playboy Magazine. Shoup joined the agency in 2013 from Foundation Content and has worked on projects for HBO, MTV, VH1, the Art Institute of Chicago and Sundance TV.