Havas is in play, as its majority shareholder Groupe Bollore enters discussions with French entertainment and media group Vivendi over its $2.56 billion offer today for the Bollore stake. 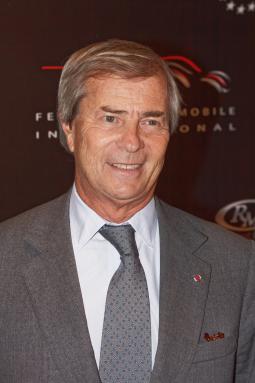 Havas and Vivendi are already connected through the Bollore family and its web of shareholdings. Vincent Bollore heads Groupe Bollore and is also the chairman of Vivendi and a shareholder in that company as well as Havas; his son Yannick Bollore is CEO of Havas.

In a long-expected move, Vivendi today made an indicative offer for the approximately 60% stake Groupe Bollore owns in Havas, at a price of 9.25 euros per share, to be financed using Vivendi`s available cash. That price represents a premium of 8.8% over the closing price for Havas shares on May 10, 2017.

Groupe Bollere responded with a statement today saying that after a review of the offer by the board of directors, "Given the financial terms, the strategic rationale and the development prospects implied by Vivendi`s indicative offer for the 20,000 employees of Havas, the Boards of Groupe Bolloré have welcomed it and have decided to enter into discussions with Vivendi."

The offer values Groupe Bollore's 59.69% stake in Havas at 2.36 billion euro ($2.56 billion), the statement said. An indicative offer is essentially a letter of intent or non-binding offer that expresses an interest in buying the target and commits to good faith negotiations.

Vivendi and Havas have both long hinted at some kind of future tie-up. When Havas announced its first-quarter 2017 results in last April, Yannick Bollore said he didn't want to comment because there were no discussions between the two groups, but then immediately pointed out three potential benefits of a deal with Vivendi. He detailed the common shareholding and a common interest in content that Vivendi is rich in, and said Havas could help Vivendi a lot with data and knowledge of consumers.

Havas is small compared to the largest agency holding companies. With 2016 global revenue of $2.52 billion, the Paris-based group is less than one-third the size of Interpublic Group of Cos. at $7.84 billion, and barely one-eighth the size of WPP at $19.37 billion, according to Ad Age's Datacenter.

Havas summed up the proposed deal in a statement today: "If Vivendi`s offer is accepted, Vivendi would enter a new phase of development to accelerate its building of a leading world-class content, media and communications group and will ensure the newly created group a unique positioning in an environment in which content, distribution and communications are converging."

"If this transaction is successful, it would enable Havas to leverage Vivendi`s skills in talent management, content creation and distribution. In return, Vivendi will gain access to Havas`s expertise in consumer science, data analytics and new creative formats."

"Vivendi wishes to preserve jobs and to allow Havas to develop its business in a industry which is undergoing rapid consolidation and is threatened by increasing competition from companies coming from other sectors."